A lady who took to social media to flaunt her expensive car has been left in tears after fire razed the car. 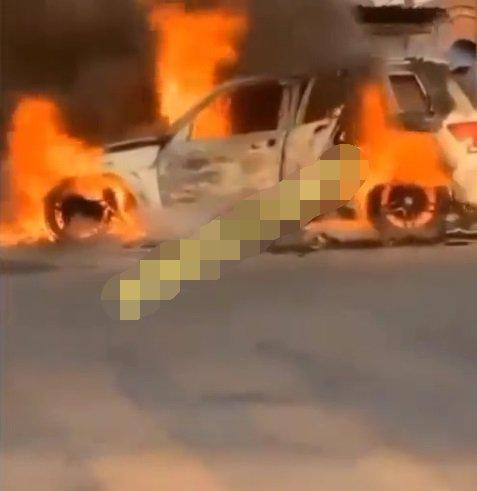 The car burnt after she flaunted it
A woman has been left devastated after the car she spent millions to buy got razed by fire.
It was gathered that the lady had flaunted the luxury Mercedes Benz she bought only to lose it to fire hours later.
In a video making rounds on social media, a lady could be seen jubilating after splashing millions of naira on herself to buy a new whip.
After flaunting the Mercedes Benz on social media, it caught fire on the same day of purchase from possible technical fault and burnt to scrap.
Some internet users, however, attributed the loss to diabolical reasons referred to as ‘village people.’
Watch the video below: