A large green python is probably the last thing you expect to see in your bathroom. But this is exactly what a shocked family found in their aprtment in Valles Occidental, Catalonia, Spain. 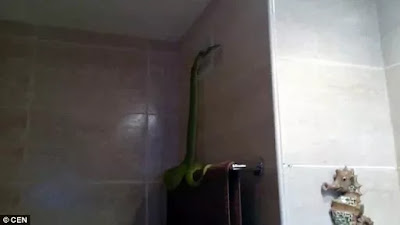 A family of three got the shock of their lives after discovering a green reptile wrapped around the towel rack stretched up towards the ceiling. They had no idea how the uninvited house guest got into the family home or how long it had been there before it was spotted.

While waiting for the emergency services officers to arrive they videoed the snake on a phone and a little boy in his father’s arms is heard asking: “That’s gotta be the mother snake, right dad?” 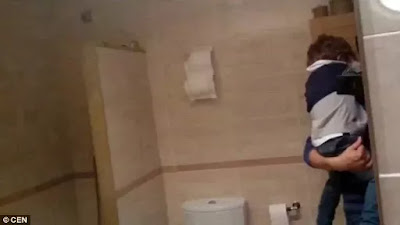 The specialists identified the snake as a Morelia Viridis, or green tree python, that measured around 1m long. It was described as a non-venomous but ‘pretty aggressive’ snake. The animal was successfully transported to a special reptile and amphibian centre in Catalonia.