Now, veteran Nollywod actor Ramsey Nouah alongside entertainment and business mogul Charles Okpaleke are coming together for the rebirth of the first successful Nollywood movie. 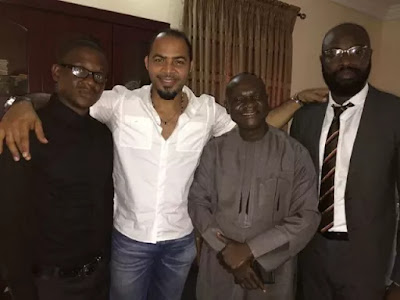 Also, the movie which will be star studded will have casts from Nollywood and Hollywood and it will be shot in three different continents, Africa, Europe and America.

Living in Bondage is often times used as the yard stick used to measure how long Nollywood has been in existence because the production of the film can be said to be the pioneer movie for birth of modern day Nollywood. Such films like Karishika, Yemi My Lover, Glamour Girls, Domitilla and the likes followed shortly after LIB.