It is expected that women who have children for the same man not to agree. There is always this rivalry between them.

But that seems to be different between Annie Macaulay-Idibia, 2face official and legal wife and another mother of his children, Sumbo Ajaba-Adeoye.

There seems to be camaraderie between the two of them and this is commendable but the same can’t be said of another mother of 2face’s children, Pero Adeniyi. 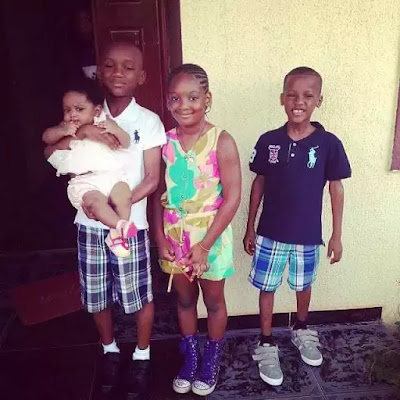 While Sunmbo and Annie’s children mingle together freely, Pero has always been keeping her children close to herself. Sunmbo it has been gathered freely allows her sons, Zino and Nino to go along with Annie and her daughters, Isabella and Olivia.

While away in America, Annie claimed she is missing her man crush and many had expected it to be her husband only for her to reveal her man crush as Sunmbo’s first son, Zino. She also shared his picture on her Instagram page saying she missed him.

Isabella, Annie, Nino and Zino
In her interview with Motherhood In-Style Annie was asked about her relationship with Sumbo and Pero, the two other women in 2face Idibia’s life.

But she said this about Pero: ‘I try to keep it civil with everybody; I make sure I am accessible enough. The kids come visiting. I try to be civil in a way that they are comfortable with allowing their kids to visit their dad. I mean, I’m cool if you’re cool. 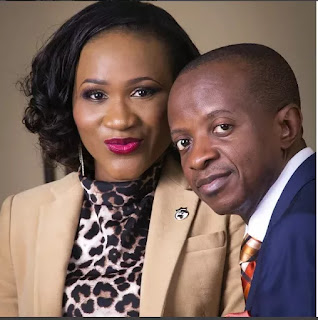 Sunmbo Adeoye and Pastor David Adeoye
Sunmbo got married on July 22, 2013 to the senior pastor of Royalty Christian Centre, Pastor David Adeoye who was a widower. She was the first woman to have kids to 2face. She has two boys named Zino and Nino Idibia. Sunmbo is the owner of an event company called Esob.