Being associated in any way with the Kardashian ladies has its risks as well as rewards. For the family that’s perfected a way to squeeze millions of reality TV dollars out of doing absolutely nothing, living the high life is how they roll. The men get to come along for the ride, some more briefly than others, and as of yet, none have made it out unscathed. Well, Kanye’s hanging on, but that’s pretty new and let’s be honest, he’s Kanye. How long is that going to last? Here’s a list of the other unfortunate fellows who aligned themselves with House Kardashian.

LAMAR ODOM
When Lamar Odom married Khloe Kardashian in 2009, he seemed to be at a high point in his life. He won the NBA championship with the Lakers that year and the next, and he and Khloe were the only couple out of all the Keeping Up With The Kardashians relationships the viewers felt was genuine. They even had their own signature fragrance, “Unbreakable,” as well as a short-lived spin off show, Khloe & Lamar. During the second (and last) season, Odom’s trade from the Lakers to the Mavericks caused a lot of strain on the couple, resulting in them “taking the summer off from reality TV,” which was really code for “we’d rather not show our marriage fall apart on the air.” After that, the Kardashian PR machine moved quickly as story after story “leaked” to the tabloids about Lamar’s alleged drug use and infidelity in what looked like a move to save face for the family brand. Whether those were the real reasons for the marriage ending in 2013, they became Odom’s reality, as he’s been struggling with addiction ever since. 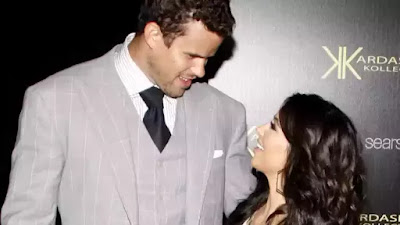 Another cast-off from his Kardashian bride spouse, Kris Humphries went on record saying he felt duped after his 72-day marriage to Kim ended in 2011 (with their legal divorce occurring in 2013). Claiming he was blindsided by Kim’s unhappiness with the relationship, and that he felt the whole thing was orchestrated for ratings, Humphries suffered the same type of tabloid blitz that would be repeated on Lamar Odom. Fighting gossip rag rumors that accused him of being cold, emotionally abusive, and even possibly gay, Humphries felt the worst type of glare that the spotlight shines. He’s tried to keep his head low, focusing on his basketball career, but he’ll forever be known as the patsy in Kim Kardashian’s spectacular $17 million wedding hustle of the century. 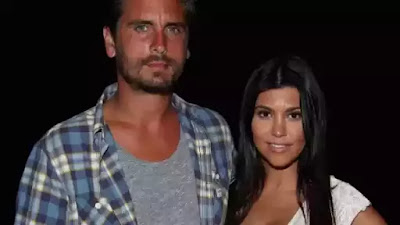 SCOTT DISICK
Forever avoiding marrying into the family, Scott Disick may have been attempting to keep a quick exit card in his back pocket. Then he impregnated on-again-off-again girlfriend Kourtney Kardashian three times, so that plan went right into the garbage. Disick’s hyper-inflated ego, along with his constant struggle with addiction were often the source for the aforementioned “off-again” times with Kourtney. Each time she kicked him to the curb, he came back groveling, which the showrunners edited in a way that made him look more emasculated than ever. Perhaps unaware of his final cut show persona, Disick never stopped trying to pull of his nauseatingly pompous Lord Disick schtick, which only served as a contrast to what a huge phony he is. After an alleged affair, and having become a villain to show loyalists, Disick seems to have been permanently cut loose by Kourtney, a move most likely motivated by ratings as well as the possibility of staging a reunion. The status of the romance aside, the kids will always tie Disick to Kourtney, so no matter how far he tries to put this chapter behind him, he’ll always be dancing to the Kardashians’ tune. 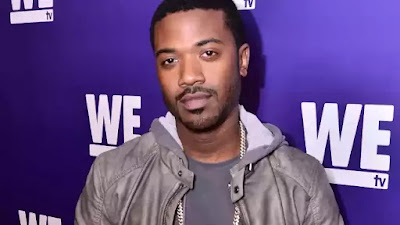 RAY J
If you were to walk up to literally any stranger and ask, “How do you know the name Ray J?” we 100 percent guarantee their response will not be, “He’s that R&B singer, right?” Because they will say he’s the guy who made a certain “tape” with Kim Kardashian. While she somehow spun that infamy into a multimillion dollar reality TV empire, even successfully suing Vivid Entertainment (the distributors of “the tape”) for $5 million, he did none of that. He supposedly made around $47,000 off of it and constantly references it in his song lyrics. And speaking of his music, as of this writing, Ray J hasn’t put out on album in seven years, most likely because his last one, All I Feel, sold under 40,000 copies the week of its release. Maybe it’s time to choose another career path, J, or Ray, or whatever. You’re still young. Have you thought about learning a trade? 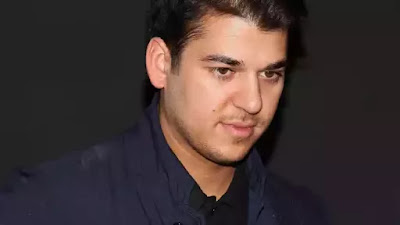 ROB KARDASHIAN
As the only son in a house with five sisters, did Rob Kardashian really stand a chance? While his sisters’ careers were blowing up with modeling, endorsement deals, and glamorous magazine spreads, Rob seemed like a non-starter who was resistant to the business of being famous for being famous (or, even sketchier, for his sister’s role in “the tape”). Everyone was getting their own fragrance line, spin-off show, and apparel deals. Rob tried and failed at making socks. Eventually latching onto his big sis, Khloe, Rob moved into her house and became inseparable from her husband, Lamar Odom. After Khloe and Lamar’s split, Rob withdrew entirely from the show, skipped Christmas as well as Kim and Kanye’s wedding, and packed on a ton of weight. Reportedly still living with Khloe, Rob spends his days in hiding, posting cryptic photos and captions to his Instagram. We can understand the family turning their backs on ex-boyfriends and husbands, but a blood relative? That’s cold, even for a Kardashian. 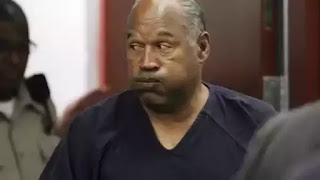 O.J. SIMPSON
Okay, this one may seem like a stretch, but hear us out. In her memoir, Kris Jenner claims that Simpson’s wife, Nicole Brown Simpson—the one O.J. was acquitted of murdering, but c’mon— called Kris and tried to meet with her on the day she was murdered. Claiming she was too busy to get together, Kris scheduled a lunch for the following day, but the rest was history. Now, whether or not you believe Simpson murdered Brown is irrelevant. If Jenner’s claim is true, suspiciously self-serving as it is, she could have gotten Brown out of the house at the time the murderer arrived, thus prevented Simpson from committing the act or being wrongfully accused of it. Granted, Jenner’s story is most likely an exaggerated anecdote, played up to sell a few more books. Couple that with the fact that OJ’s now serving 33 years for a completely unrelated armed robbery and kidnapping, and you can see that he didn’t need much help destroying himself. Looks like you’re off the hook, Jenner. This time.