Supporters of senate President, bukola Saraki are currently camped outside the gates of the National Assembly complex in Abuja.
The main entrance into the complex have been blocked by the protesting supporters who were carrying pro-Saraki signs and placards with various inscriptions.
The Senate resumed on Tuesday after a six-week recess.
Meanwhile, during the plenary session, 86 senators passed their vote of confidence on Bukola Saraki, with Senator David Umaru moving the motion which was seconded by Senator Ahmed Sani. 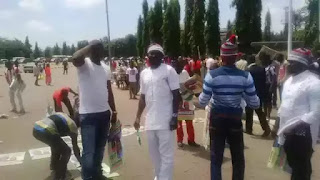 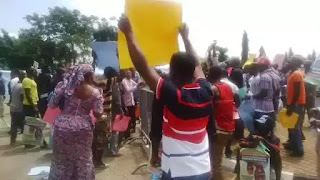 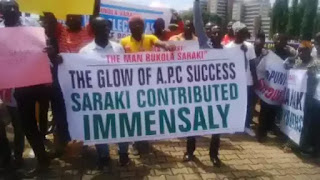