The Englishman had his best years at United before joining Real Madrid in 2003, but 12 years later the footballing world has still not seen another crosser of the ball quite like Beckham. The midfielder also had amazing ability from dead-ball situations, and he got United fans on the edge of their seats every time he stepped up for a free-kick.

The Dutchman was often criticised by opposition fans for the amount of goals he’d score inside the box, but there was none of that from Red Devils supporters. They loved Van Nistelrooy. The striker was one of the best finishers the club has ever seen, and his 149 goals in 215 games proves that. 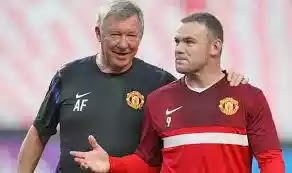 Ferguson had a few spats with Rooney at United, which could be why he did not name the striker as one of his world-class players, but you don’t score 233 goals with average talent. Despite Rooney’s recent slump, the England captain will go down as one of club’s greatest players ever.