Cristiano Ronaldo stepped out with a new female friend in Madrid on Thursday evening. 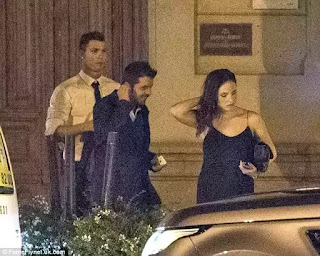 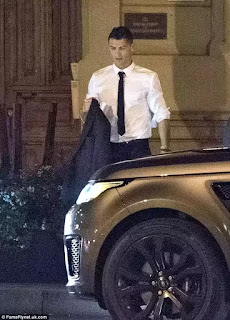 The Real Madrid superstar, who has scored eight goals in two matches this week, was spotted leaving a restaurant in the Spanish capital with the girl and his assistants.
Wearing a dark suit, white shirt and slim black tie, the Portuguese walked from the entrance to his waiting 4×4.
The striker reached new heights by putting five goals past Espanyol in Real’s 6-0 victory last Saturday, surpassing Raul’s record as the club’s all-time highest scorer in La Liga.
And on Tuesday, the 30-year-old scored a hat-trick as Real started their Champions League campaign with a 4-0 home win over Shakhtar Donetsk.