When last did you see omotola? believe me when I say she strikes a perfect resemblance with the daughter.

Screen goddess, Omotola Jalade Ekeinde and her second daughter Meraiah stepped out together over the weekend to Elite Model Look 2015 fashion show.

Meraiah who is really developing the kind of elegance her mum wields wore a crop top – same as her mothers’.
She also recently snagged a Knorr ambassadorial role with her mother.
The young pretty daughter of the Nollywood star actress recently turned 15 on February 7, 2015.
Who wants to bet that Meraiah is going to be as hot as her mama when she’s all grown up? 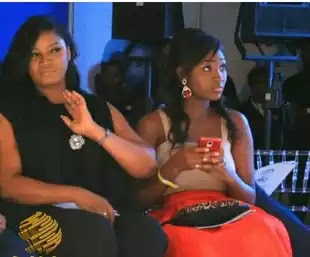 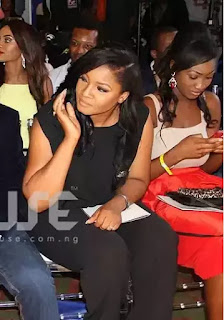 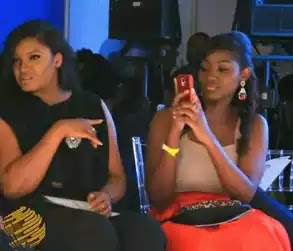 I think when its time for dating only celebrities would be allowed. What do you think?.