Teacher asked young pupils to write letters to specific ISIS jihadis in Syria
A teacher working in a British classroom had pupils send handwritten letters to ‘hero’ Syrian terrorists.
The decorative notes – which include drawings and finger-paintings – were addressed to Al Qaeda affiliated Jabhat al-Nusra fighters.
The children described their planned recipients as ‘diamonds’, ‘role models’ and ‘brothers’.
It is not known at which school they were written, but are thought to have been penned under the persuasion of the unidentified class teacher.
More photos after the cut 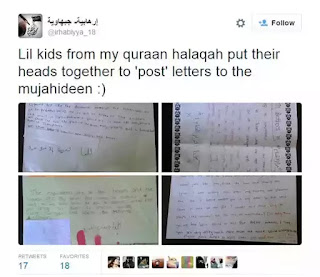 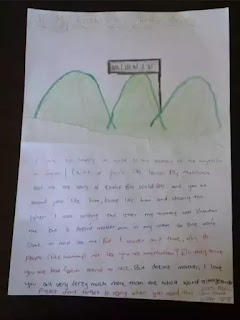