A new species with human-like features called Homo naledi has been revealed as a historic discovery made in South Africa.
Details of the significant fossil discovery have been kept secret for years and were unveiled at Maropeng in the Cradle of Humankind at 11am today.
It’s a ground-breaking discovery that will help us better understand who we are and how we evolved.
It might also make us question what it truly is to be human.
A team of scientists and researchers, led by Wits University professor Lee Berger, believe they’ve unearthed a new species of human relative in the world’s richest hominin fossil site, the Cradle of Humankind.
Homo naledi is named after the chamber in which it was discovered, deep in the Rising Star caves.
The remote underground room has been dubbed the Dinaledi Chamber (‘Chamber of Stars’ in SeSotho) and has given up a treasure trove of fossilised hominin remains.
The Rising Star Expedition has already removed parts of 15 individuals from the chamber, but researchers believe they’re just scratching the surface and that there may be hundreds or even thousands more fossilised remains waiting to be unearthed.
Homo naledi is a bit smaller and a lot older than we are, with curved fingers and a small skull, but in some ways the species is also strikingly similar to humankind. 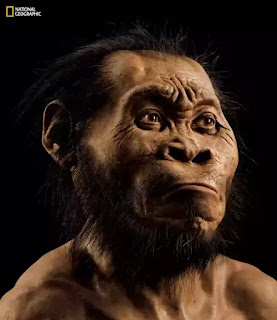 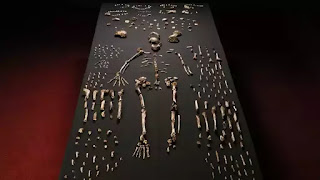