Barcelona midfielder Sergio Busquets has concluded that football is better than sex – because happiness from sport can last days, but happiness in the bedroom can last just one minute!

Busquets who has a trophy haul of three Champions League crowns, five La Liga titles and the 3 Copa del Rey trophy should know what he’s talking about.

Just last season Busquests played a key role in Luis Enrique’s men winning the treble for the second time in Barca’s history, and he suggested football’s lasting happiness beats off any competition from lovemaking.

“In football, happiness lasts three or four days. Sex, on the other hand, can last just one minute!”

Busquets also gave his thoughts on Real Madrid and Manchester United’s failure to get their David de Gea-Keylor Navas swap deal tied up before Monday’s deadline.

“It seemed a done deal – often players are the ones who suffer as they don’t know their future,” the Spain star said of his international team-mate, De Gea.

“I have little to say on the issue. He was ready to change Manchester United for Madrid but… David will be happy anyway.”

Busquets has featured in four of Barca’s five competitive games so far in 2015-16, missing only the Blaugrana’s shock 4-0 defeat at Athletic Bilbao in the first leg of the Supercopa de Espana. 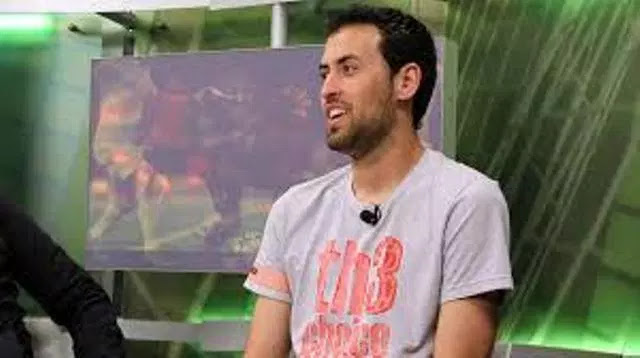