The entertainment maverick told the News Agency of Nigeria (NAN), in Abuja on Friday that “I met her in another radio show. She was one of the callers and that was how it all started.

“I have known her for over a year now until we decided to make it a permanent thing few months ago.

“Somebody of my status needs more than one wife; I need many wives, many children and plenty of love that will do it for me.

“Koko is the 18th woman in my life right now and she is the latest. As you can see, I am looking younger because I am very happy with my new bride, who is very beautiful and supportive.

“I have also decided to go on air with her because she has something to bring to the table; she is an advertiser and human resource manager.’’

Charlyboy, who introduced the new bride as Ify Koko, said, “I am now married to Ify Koko, a Nigerian-Ethiopian.

“We have agreed to come together to co-host my radio program: “Talk Junction” on FRCN network every Saturday by 10.30am.”

The Area Fada, as he is popularly called by fans, however, stressed that he was not divorced from Diane, his wife of over three decades.

“Diane is still with me, we are not divorced. We have been happily married for 38 years now and she is the Chief Mother of my home and all my children, and that is not changing.

“She goes on no leave, no transfer. Every other woman I have live in their separate places. I really don’t see the big deal about it; People are over blowing the whole thing.

“I am an African man, and I can marry as much as I can take care of, and I don’t believe in divorce”, he emphasized.

Koko, on her part, said, “I have known Charlyboy as very caring and loving man, and I have a son for him.

“We decided to formally come together as husband and wife four months ago, and I am not regretting it.

“I don’t have business with any other woman in his life, as I only focus on what I have with him”, she added.

NAN reports that Charlyboy, who turned 64 in June, is a father of nine children and 14 grandchildren. 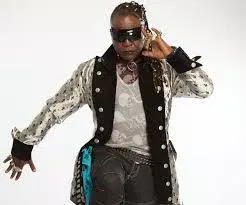