Football superstar Cristiano Ronaldo has spent £20,000 on a waxwork of himself to take pride of place in his Spanish mansion.

The Real Madrid player paid for the sculpture after making numerous visits to see a similar statue of himself  (pictured above) in the Spanish capital’s Museum of Wax. Ronaldo, who used to play for Manchester United, hired British waxwork sculptor Michael Wade to make the replica at his renowned studio in Bridport, Devon. See the replica after the cut.

The 30-year-old vain footballer even got his personal hairdresser to ensure the wax figure has his trademark hairstyle. 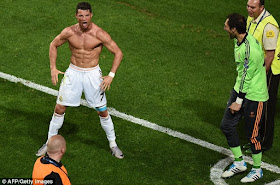 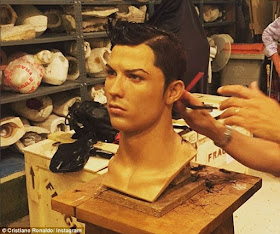 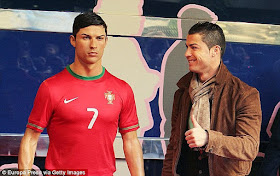 One Reply to “C.Ronaldo spends $6.1million on wax figure of himself”