Wetin person no go hear for this oyibo people ooo…

I am still  wondering what kind of desperation would lead a sane man to pay another man to be sleeping with his own wife to get her pregnant. Waoh!

But this actually happened…
A 29 year old man Demetrius Soupolos is suing his neighbour and friend, 34 year old Frank Maus for breach of contract after he failed to impregnate his wife after sleeping with her for about 72 times.
Demetrius had hired Frank to impregnate his wife Traute, who is a former beauty queen, as he was having a challenge and wanted a baby badly. He thought Frank would be a good choice because both of them look alike and he is a father of two.
So, he paid Frank some thousands of dollars for the “special” job and for three days every week for six months, Frank was enjoying himself with Traute, Demetrius’s wife.
Unfortunately, after six months there was no pregnancy.
Mr Demetrius insisted that Frank must go for a medical examination for failing to deliver after six months of “working” on his wife. Sadly, the result revealed that Frank was sterile.
In fact, Frank was told in the hospital that he can’t father a child. His own wife had to confess that he is not the real father of their two children.
Indeed, wonders shall never end! 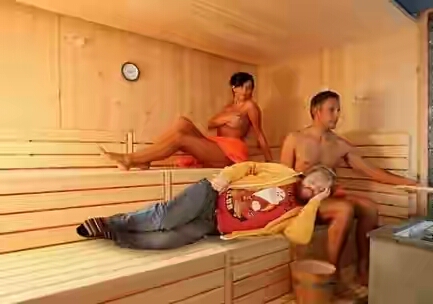 One Reply to “Nawao ..Man sues neighbour for failing to impregnant the wife after sleeping with her severally[A MUST READ].”