Ghanaian Singer, Sarkodie  who seems to always be at the center of any Illuminati Controversy, has resolved to finally put an end to it.

The artiste has always had himself been liked to the Occult group at every opportunity with showing off of lurid signs and symbols.

Even after releasing a record to dispel the rumors, fans still believe he has affiliations with the world’s most secret organization.

He was recently in the news for using illuminati signs as a backdrop for his unprecedented history in the making concert at the Apollo theatre in Harlem, New York just a few weeks ago.

Sarkodie did not go to the media to respond to the accusations but rather quietly responded to a fan’s tweet about the usage of illuminati signs at his shows. 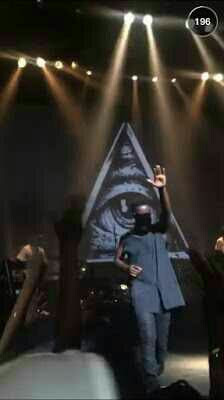 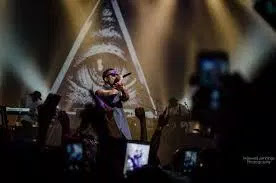