The road to fame is always dusty and hard as hardwork with good luck is the rule of the game. Olamide has become a success story in indigenous rap music but before the Bariga boy could bloom he had to pay some sacrifices and learn the ropes.
The Baadoo master in an interview with Andre Blaize, My Africa podcast said that he had to spend six years in the studio with his former producer and mentor, ID Cabasa learning how to churn out hit songs.
Growing up in Bariga, the rapper and singer from a humble family background had to decide on what he wants from life early and that was music even against the wish of his family.
“I approached ID Cabasa with my group of a song that we were doing but he did not have time for us as he was busy with other artistes. I met Lord Of Ajasa at the Coded Tunes studio.
Having loved music from church, I felt music was it for me and I hung around at the studio watching how songs were made. At a time, I practically lived in that studio having left home for good.
It took me six years in the studio learning and being tutored all I could from ID Cabasa before I finally dropped Eni Duro.
I never knew it would be accepted. We just did it and dropped it at the Sound Cloud and good comments were made of it.
Someone asked us to change the beats and not spoil the song with the beat that it came out with initially and ID Cabasa listened and the single became a hit.
The road to success doesn’t come easy, “says Olamide.
The young prodigy is building an army in his new label YBNL (Yahoo Boy No Laptop) with Lil Kesh, Adekunle Gold, Shinko Ekun and others.

Olamide Adedeji with his stage name Olamide has become the face of indigenous music with hits upon hits namely, Durosoke, Go Down Low, Melo Melo, Shakiti Bobo, Iluminati to name a few.
His new video, Lagos Boys is trending big time and getting rave reviews. Since dropping his first single, Eniduro in 2010, the TASUED drop out has not looked back.

Note: please our chief admin broadcasting device and phone got lost so at that their won’t be regular broadcast please bear with us for our concerned viewers. 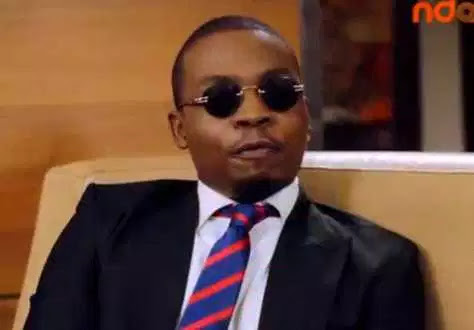