34 year old Stuart Valentino, got the six and a half inch penis tattooed on his left thigh so that the end pokes out of his boxer shorts every time he wears his underwear.

Well, his wife is not here for this new tattoo and has decided to leave him. The father of four now says he regrets it and should have known better. He said:My wife hates it. In retrospect, I’m not surprised, it really is the stupidest thing I’ve ever done. After I did it, my wife woke up in the morning screaming, because there was this massive penis poking out of the duvet. And the tattoo on my leg. It caused no end of rows and she’s now kicked me out of home. I deserve it, I suppose. 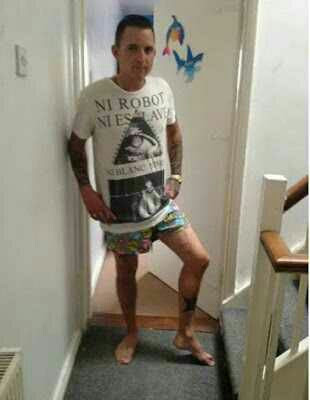 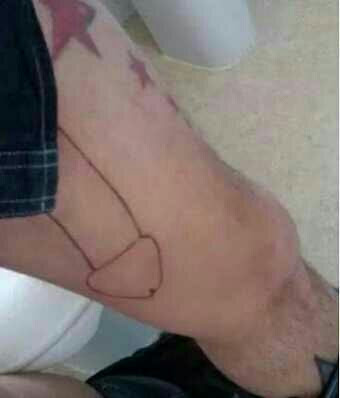