OBO himself, Davido took to his Instagramto turn the eyes of his female (and some male) fans by posting the picture above with nothing but a towel.

Well Naija being Naija and fans being fans, Davido was not met with entirely the feedback he had been expecting as a number of people started calling out his non-existent six pack.Full story + some comments after the jump:

One fan with the username, @dvdkanneh initiated the yab by saying”Where da 6 pack at. Nigga u got flat abs.hit the gym mehn”which resulted in a number of otherfans saying: 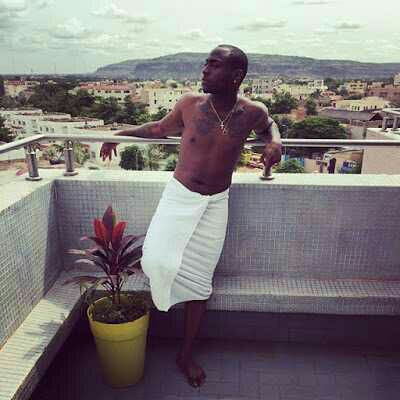