The Youth Wing of the Ohanaeze Ndigbo has kicked against any move by Nigeria to support the FIFA presidency bid of former Abia Governor, Chief Orji Uzor Kalu.

In a statement made available to DAILY POST, which was signed by Chetachi Ikpe, Deputy chairman, Ohanaeze Youth Wing, Abia State, the group alleged that Kalu was a candidate of prison and not FIFA.

The statement read in part: “it is with rude shock that Ohanaeze Ndigbo Youth Wing read in a newspaper over the purported endorsement of Orji Uzor Kalu as the next FIFA President.

“We are aware that FIFA, as the World governing body in charge of Football, it is only men of proven integrity that can only manage its affairs not people like Orji Uzor Kalu.

“Orji Uzor Kalu topped the list of corrupt politicians that Ohanaeze Youths sent to President Buhari for Speedy prosecution over the embezzlement of resources of Abia State, between 1999-2007, and should be in Prison not FIFA.

“The recent purported endorsement of Orji Uzor Kalu by Ohanaeze Youths is not true as the apex Igbo youths want Orji kalu in prisons, which automatically disqualifies him to contest for FIFA Presidency”. 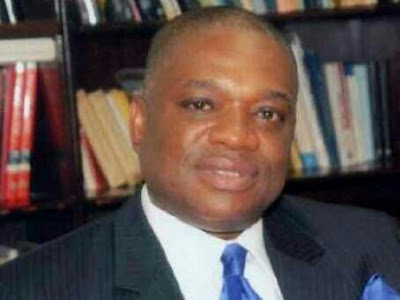