There is trouble brewing in the domestic life of popular singer Flavouras one of his two baby mamas has come for the other in a not too subtle shade.

Delta soap model and mother of the Nabania singer’s first child, Sandra Okagbue has taken to Instagram to tell anyone who cares to know that she is “Flavour’s mirror.”Sandra captioned a photo she took in Flavour’s house in Igbo and English: “Ugebge Oyibo Chinedu on point.” (Chinedu’s mirror on point.)

Flavour’s real name is Chinedu Okoli .However, what was most interesting about the post was the “#Golibe”, she included.Golibe is the title of Flavour’s love song which starred Anna Banner, his second baby mama, in the music video. The lyrics of the song also included “ugebe  oyibo” Anna, an ex-beauty queen,recently put to bed Flavour’s second child, a girl, in the US 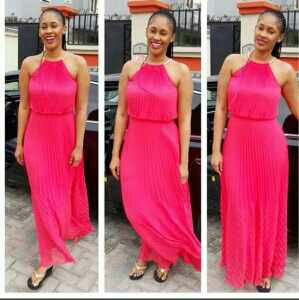 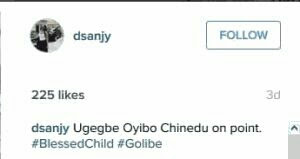