Chaos erupted at the infamous End Times Disciples Ministries church today when a mob destroyed the church’s tent and set it on fire.

According to South African media, members of the Julius Malema-led Economic Freedom Fighters (EFF) party on Sunday joined up with Soshanguve residents of Pretoria to burn down the church belonging to Penuel Mnguni, a pastor who recently made the news in South Africa for making congregants eat rats and snakes.

The EFF brigade had vowed to make Penuel Mnguni eat rodents and snakes like he did to his congregation. Luckily for him, he wasn’t at the church for Sunday’s service. Rather an unidentified second-in-command of the pastor took over the service, which had spilled onto the street, and commanded members to eat leaves. Videos of them eating leaves today are after the cut.

Mnguni’s absence did not stop the EFF from wreaking havoc on the premises. They tore down the churches tent before setting it alight and forced the congregation to disperse. According to an eyewitness:

“Residents and members of EFF were enraged when a man on the podium continued with the services while they were inquiring about the whereabouts of the pastor,” said an eyewitness.
They then decided to burn down the tent where the church service is normally held and within minutes, the tent was ablaze. There was also an exchange of blows between congregants and residents.

Despite the disruptions, the congregation vowed to continue with the service. Police were said to have monitored the situation from a few hundred metres away.

Mnguni’s church made headlines in July after pictures went viral showing him feeding a live snake to his congregation. He was arrested on charges of animal cruelty. 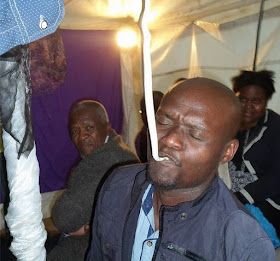 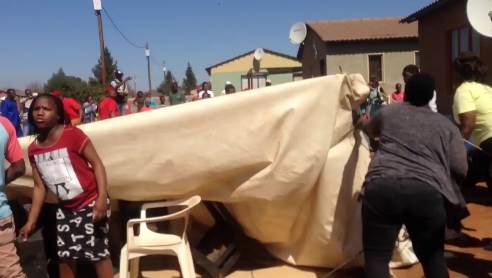 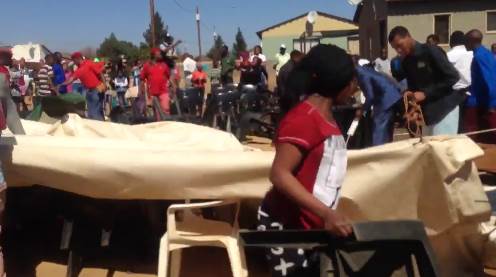 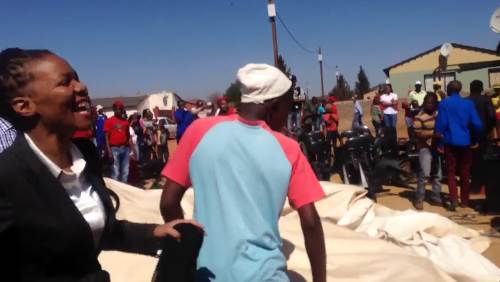 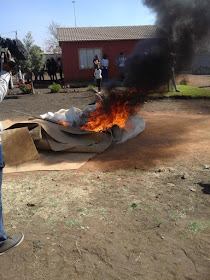 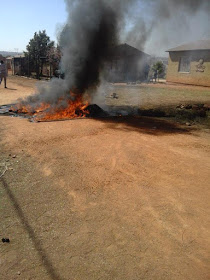 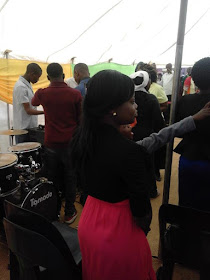