At pachigo’s updates we are going to analyze some of the reasons why the election turned out to be a flop. The peaceful atmosphere of the election before things went haywire.

1 CONTINUOUS CAMPAIGN AT THE POLLING BOTH: Before the election started there was a decision reached that no campaign would be allowed at the polling booth during the election but some aspirants neglected this and went ahead with campaigns and issuance of hand bills which didn’t go down well with their opponents. 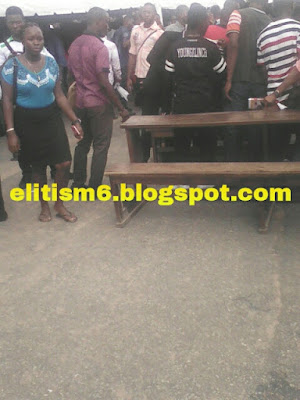 A candidate for office of Director for Socials yungklinch (on black)seen here canvassing for votes right at the polling booth .

2 MANY AGENTS : During the election many people presented them selves as different candidates agent which led to complicities in the electoral process thereby creating chaos and manipulations.

3 MULTIPLE VOTING: This was what sparked of the chaos.
Because of the ingenuity and low transparency in the electoral process many students were able to conveniently vote multiple times while reappearing with different identities and definitely didn’t go down well with some observers. 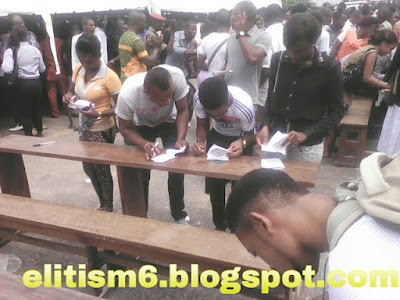 Students selecting among options of candidates before going to cast their vote.

4.FACULTY OF EDUCATION: Yes Faculty of Education, they were the ones that sparked off the unrest. After it was observed that minority departments like Faculty of health Science had more ballot papers stashed in their containers than Education faculty which is definitely the unrivalled biggest Faculty in the institution Education students couldn’t contend with it which led to the clamouring for cancellation of the results other Faculties that felt shortchanged followed suit. 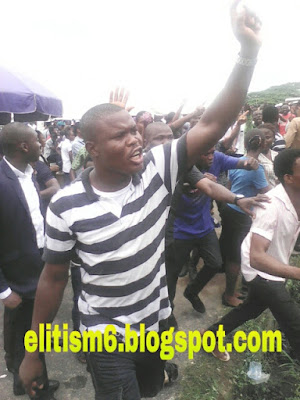 Students protesting for cancellation of results from the election.

5 UNECO : There were some unconfirmed reports that University Electoral Commission UNECO had earlier connived with some departments by providing them enough ballot papers before the election kicked off to help them have upper hands above other

More pics from the election below.. 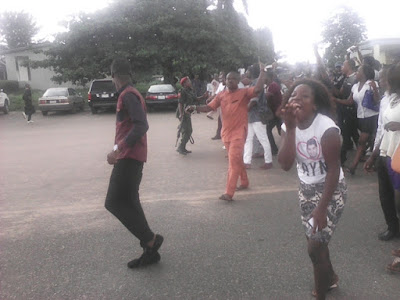 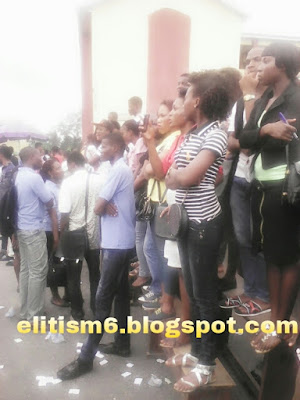 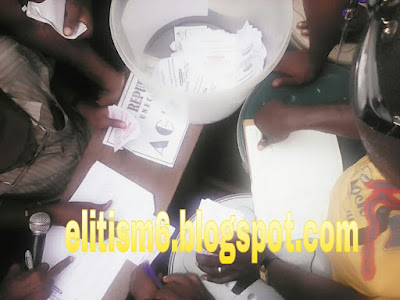 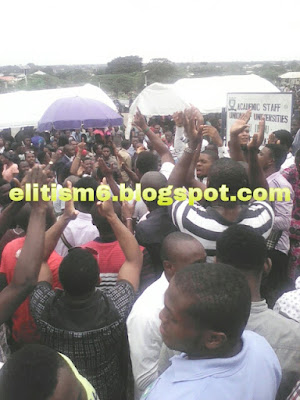 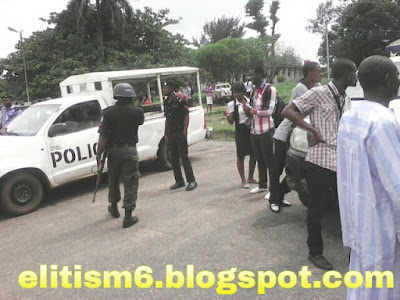 Though the counting of votes started but not for long before the students swooped in with protests and disrupted everything.

The election has since been shifted to tommorow Friday 24th of July to allow for a more smooth and transparent election.