There was concern in military circles in the Niger Delta region on Thursday following the planned meeting of leaders of the Movement for the Emancipation of the Niger Delta (MEND).

The Nation is reporting that The meeting, slated for Izon House in Yenagoa, Bayelsa, is being convened by MEND leader, Chief Government Ekpemupolo.

A terse invitation, a copy of which was made available to The Nation, reads: “My dearly beloved Commanders and Leaders of various wings of the Movement of the Emancipation of the Niger Delta (MEND), I greet you all.

“It is my pleasure to humbly invite you to a very crucial and urgent meeting as follows:

“Date (of the meeting is) Saturday, July 25th, 2015. Time (is) 2pm Prompt,” concluded the letter, which was signed with Tompolo signing off with his traditional title – Izon Ibe-Ebidouwei of Izon nation.

Contacted, Tompolo said the meeting was to deliberate on recent developments in Nigeria as well as the fate of the Niger Delta region in the current political dispensation.

Speaking through his media aide, Comrade Paul Bebenimibo, who did not divulge further detail about the meeting, said the MEND leaders would chart a path for the progress of the region.

However, The Nation gathered that the planned meeting is a source of concern for top military commanders in the region.

Tompolo, a known supporter of former President Goodluck Jonathan, was the founder of the deadly group that crippled oil production in the region from 2005.

The Nation gathered that he was placed under security watch following the defeat of Jonathan in the March 28 presidential election.

The former militant leader had maintained a low profile since after the election and subsequent inauguration of President Muhammadu Buhari on May 29. 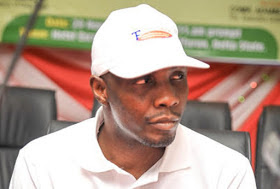