Nigerian And Manchester City Starlet, Kelechi Iheanacho stole the show from £49m striker Raheem Sterling  on his debut as he provided an early assist for sterling, before scoring in the second half to kick off their International Champions Cup game against Roma in Melbourne on a high note.

The young Nigerian laid a well-placed pass in front of the Englishman who made no mistake in finishing past Roma goalkeeper Morgan de Sanctis in the third minute.

Iheanacho was suddenly everywhere as he also saw a header saved by de Sanctis before the first half ended 1-1.

In the second half, he continued with a goal to increase City’s lead to 2-1 after Roma defender Ashley Cole overhit a pass which fell into his path and he wasted no time before hitting into the top of the net.

Iheanacho was substituted in the the 73rd minute and he was replaced by City New signing, Enes Unal.

Coach Manuel Pelegrini has stated that Iheanacho has a bright future with the club as the youngster continues to hope for a first team place in a star-studded City squad. 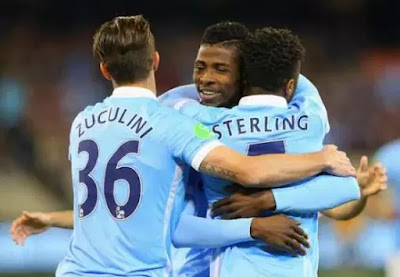 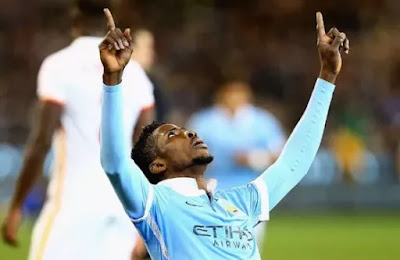 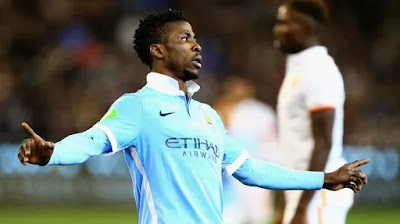 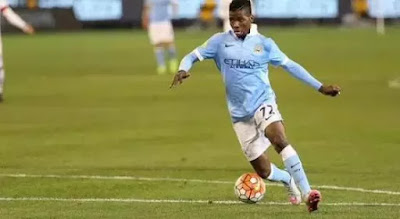