Like a Nollywood movie, the saga continues in the house of the Ikes. Last week, the internet went agog when news broke that Suzanne, wife of iconic actor, Emeka Ike, filed for divorce in a Lagos court. She claimed that her husband often beat her and when the battering was too much, she decided to leave the house.

In an exclusive chat with Saturday Beats, the dark-skinned actor said that he also learnt about the news on the internet, he has not been served with any court papers, and that please anyone who sees his wife should tell her to come back home.

In his words:
“I also read the news of the divorce online when someone called my attention to it. I
have not got any letter from any court yet, so it is all still speculations. Every family has its challenges and people disagree over issues a lot. Marriage is not just about husband and wife but the children. I will not play with that mandate because my children are my prerogative and they have to be properly protected. Nobody should mess them up because of all these rumours,” he said.

Ike said that the love he has for his wife would never allow him to beat her for any reason. He said he had never beaten the mother of his children and challenged whoever does not believe him to ask his children or neighbours if such has ever occurred.

The President of the Actors Guild of Nigeria, in an emotional tone told Saturday Beats that he adores his wife and she is probably using that against him. He appealed to his wife to come back home because the children are missing her.
“If my wife says I am a wife beater, the children would have witnessed such. I have a 14-year-old boy who is grown and has moustache now, you can ask him if I have ever beaten his mother. Never in my life have I raised my hand to beat my wife. I adore that woman and I love her a lot. If she wants to use my love against me, no problem and if people do not believe me, they should go to my former residence in Lagos to ask my neighbours if they ever heard that I beat my wife.
Rather when my wife starts making noise like women normally do, I use that period to train my children. I would ask my children like this, ‘what do you do when a woman begins to nag at home?’ They would tell you that the next thing to do is pick your car keys and drive off. That is the normal training I give my sons so that they would never beat their wives.
If my wife wants to leave me, she should have just said that it is due to irreconcilable differences and not that I am a wife beater. It would mean that she is trying to get unnecessary sympathy and I don’t think she would say such. When I showed my children what was on the internet, they were sad and said that it was a lie because I don’t beat their mother. I am a father of four children and I must protect them first before I even protect myself. That is why I would never say any bad thing about their mother. God would judge us all in life. Anyone who sees my wife should tell her to come back home to her children because they need her,” he said. 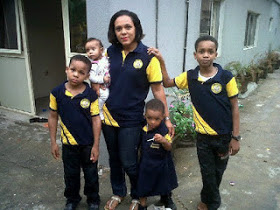 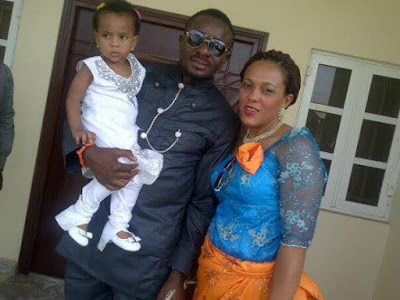