This is the breathtaking moment two

lions brought down and savaged an antelope just inches from the cars of stunned tourists in a game reserve in South Africa.

You recall that just last month, an American Katherine Chappell, 29, was dragged through the window of her car and killed by a lion in South Africa when she stopped and wound down her car window to take a pic of the animal.

Briton Carolyn Dunford, 23, who is completing an internship at Kruger National Park, South Africa, captured this new bloody drama early Friday morning along with wide-eyed nature-lovers – some
watching the spectacle with their windows wide open.The kudu (a type of antelope) had burst from the bushes and the lions chased it into the cars. The first lion grabbed onto its back and the second came in and grabbed its throat. They both tackled it. 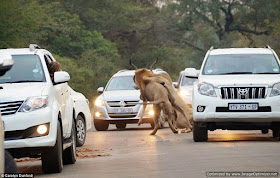 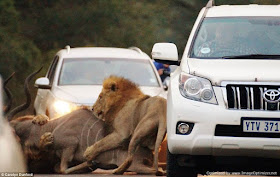 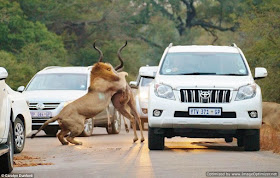 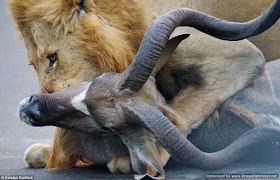 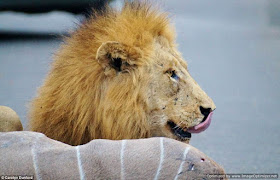 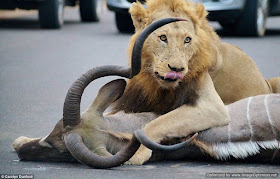 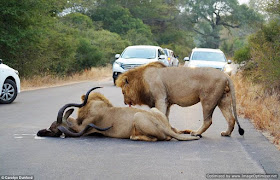 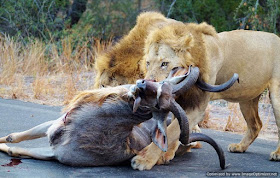 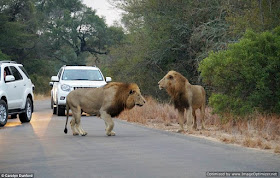