Info reaching us has it that Nollywood has lost yet another veteran actor to ill heath.

Nigeriafilms.com confirmed the death of a veteran actor in Nollywood, Sir Ozor Akubueze. The deceased was said to have died in Enugu on Friday morning after battling with an ailment for a long time now.

An executive of the Actors Guild of Nigeria (AGN) confirmed the death of Akubueze to Nigeriafilms.com on Saturday afternoon when contacted on the authenticity of a report an industry source earlier told us about the development.

According to what we gathered, the respected Nollywood icon has been fighting pancreas disease and underwent surgery operation sometimes last year on the bills of AGN. 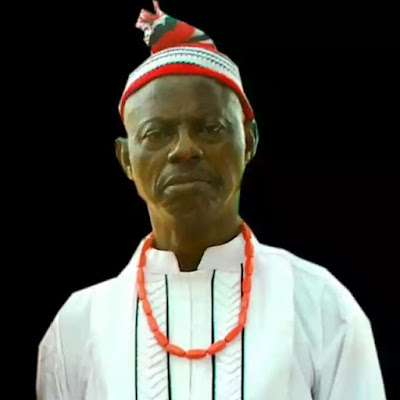 May his soul rest in perfect peace.