Nigerian singer Burna Boy was interviewed recently on MTV Base, The Dancehall superstar was a guest on MTV Base’s Real Talk where he revealed that if given the choice between pop singer Chidinma and dancehall act Cynthia Morgan, he would choose the female act as his girlfriend.

Burna boy who got a Glo endorsement recently responded to a tweet question by @mysizzledizzle “What kinda girl do you like: calm like Chidinma or wild like Cynthia Morgan?” he replied ‘I think I’ll go with Cynthia Morgan’” before quickly adding “I mean I would have them both”. 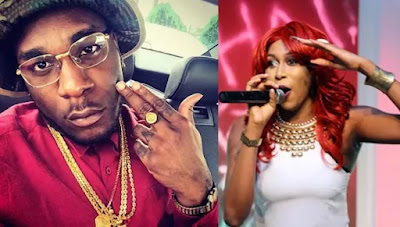