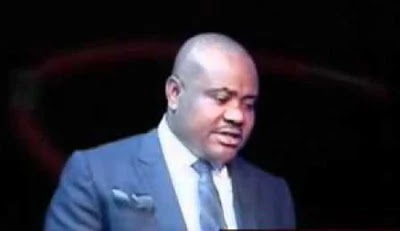 The All Progressives Congress (APC) has reportedly gained the upper hand in its quest to oust incumbent governor of Rivers state, Chief Nyesom Wike.
The governorship election petition tribunal which sat in Abuja today, has given the Rivers chapter of the APC the go-ahead to inspect materials used for the April 11 governorship election in the state.

According to Global Village Extra
correspondent, who was present in Abuja during the ruling today, the presiding judge turned down the application on jurisdiction brought by the Rivers governor.
Chief Akin Olunjinmi, lead counsel to Dr. Peterside, had argued that the motion on jurisdiction is a deliberate attempt by Wike and his people to delay the tribunal’s sitting.
The hearing proper is now scheduled to commence on July 23 since the ruling on jurisdiction and other motions have been taken out of the way.

Earlier today, reports surfaced that there was an explosion outside a federal high court in Port Harcourt after a court ruling which ensured the dismissal of 22 All Progressives Congress (APC) local council chairmen and councillors .
But it turned out to be a false alarm as everything seems to be under control at the High Court.