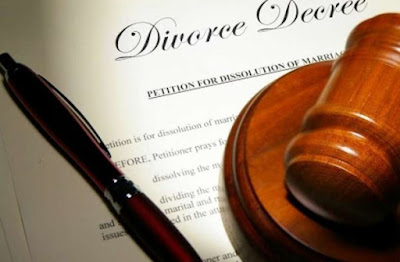 “Akeem is in the habit of swearing
and cursing me with a charm called
“Ishan egungun”: a specially prepared masquerade’s rod and this is affecting my life.”….

A 39-year-old trader, Mrs Modinat
Idowu , told an Igando Customary
Court in Lagos state on Thursday
that she would continue to deny her
husband, one Akeem Idowu , s*x
until he has paid the debt he is
owing her.
Idowu said this while responding to
a suit filed by her 45-year-old
husband whom he had been
married to for 12 years. “I have
been denying my husband s*x
because he borrowed N690,000
from me and has refused to pay, I
will continue to starve him of s*x
until he pays the money,’’ the
mother of two said.

“Akeem is in the habit of swearing
and cursing me with a charm called
“Ishan egungun”: a specially
prepared masquerade’s rod and
this is affecting my life.”
She, however, urged the court not
to grant her husband’s wish for the
dissolution of their marriage,
saying that she was still in love
with him. The petitioner: Akeem, a
businessman, had asked the court
to dissolve the 12-year-old
marriage over alleged s*x denial by
his wife.
“My wife does not want me to
touch her nor make love to her, I
am tired of the marriage because I
am neither a stick nor a stone,’’ he
said. Akeem alleged that his wife
loved attending social activities and
hardly stayed at home.
Whenever she went out, she would
not return home until after five
days or seven days, he said. “My
wife will go from one party to
another; spending days and
neglecting the family. I have
reported her severally to her father
who always calls her to order but
there has been no positive change,’’
Akeem told the court.
He described Modinat as a liar, not
trustworthy and always
inconsistent in her words and
actions. “Modinat lies a lot. One
day, she told me that she was going
to Mushin in Lagos state; but some
hours later, someone called to tell
me that she was in Igbo-Ora in Oyo
state.
“When I called her and confronted
her that she was in Oyo state as
against Mushin she claimed she
was going to when she left home,
she cut her cell phone line.
“She took permission on another
day that she was going to Oshodi,
but someone saw her at Ijebu-Ode
in Ogun, I cannot just account for
her movement.’’ Akeem said.
He pleaded with the court to
dissolve the union since he was no
longer interested and did not love
her any more. The President of the
court, Mr Hakeem Oyekan,
adjourned the case to July 22 for
further hearing.

3 Replies to “Sex debt: No sex until he pays me my money wife tells court.”