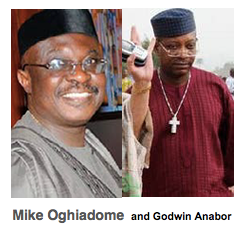 Lagos socialite and publisher of the defunct Hearts Magazine, Chief Goddy Anabor, is now a Kabukabu driver! And this is authoritative.

YES INTERNATIONAL! Magazine gathered exclusively that the erstwhile billionaire whose name and titles the likes of Sir Shina Peters, Oliver de Coque and so many other musicians documented lavishly in some of their albums now engages in the business to keep body and soul together, and after falling on bad times.

Operating incognito, Anabor uses a Toyota Camry (tiny light) for this and usually resumes his activities around 1am when fewer eyes will be on him. His take off point is the popular Allen Avenue in Ikeja, Lagos.

Some of those who used to know him in his hay days are so sad and shocked by the way he ended up. They blamed bad marriage and drugs for his down fall.

A native of Fugar in Edo State, Anabor, when the going was good, resided inside Moshood Abiola Crescent, off Toyin Street, in Ikeja, Lagos. He also had a guest house in Ikeja GRA (on Joel Ogunnaike to be specific). As a matter of fact, the guest house today houses a nude club – The Cave, owned by Shina Edo.

He sold them all at the peak of his crisis. Likewise his gigantic hotel in Edo State and all his exotic automobiles, including a Rolls Royce.

Currently a regular face at a popular bar on Allen Avenue, the businessman who used to have a white man that worked for him as his Personal Assistant drinks 33 Larger Beer whenever he comes around. Unlike in the days of old when it was some of the most expensive drinks. A shadow of his old self, he practically begs now and depends on his Kabukabu to survive.

2 Replies to “HOW ARE THE MIGHTY FALLEN; Former Billionaire Socialite Goddy Anabor now a Taxi driver in Lagos( details)”