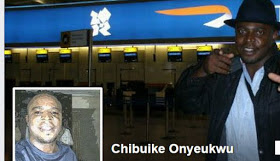 The legal battle between former Deputy speaker house of Reps and the PDP gubernatorial candidate Hon.Emeka ihedioha and the incumbent Governor Rochas Okorocha in the last general elections took a different dimension following a press statement by the head of ihefioha’s legal team Chief Mike Ahamba over an alleged threat to his life by the sitting Governor Okorocha

According to reports gathered from the online presence of office of the Media Aide to the Imo State PDP governorship election candidate; Chief Emeka Ihedioha, in the just finished general election,

has alledgedly claimed that the governor of Imo state is after the Life of the Principal Counsel defending Chief Ihedioha in the election tribunal that is set to begin today being the 6th of July 2015.
continue to read the full press statement released by Chibuike Onyeukwu, the Media aide to the Ihedioha, for Chief M.I Ahamba SAN, KSC.

For about two weeks now, leaks from the Government House have carried the information that Owelle Rochas Okorocha and his cohorts have been concerned about me and my key witnesses, particularly Mr. Emmanuel Iwuamadi of Ngugo, Ikeduru, over the pending governorship election petition between him and Chief Emeka Ihedioha. The very reliable information came from three different unrelated sources connected to Government House. I happen to be the Lead Counsel for Chief Emeka Ihedioha and the PDP in the Election Petition.

I was informed by these sources that Owelle Rochas Okorocha who is generally rumoured to have a hit squard had instructed them to stop me and my Special Assistant who is a key witness, if I continued to remain stubborn to his warnings to me to withdraw the election petition. Since I had received threats in the course of engaging in this profession before now, which threat I have always ignored, I assumed the same attitude although the Governor had issued warnings to me directly and through my wife after the burial of Honourable Justice Mary Peter Odili’s mother at Obizi on 13th June, 2015. I had treated those warnings as a social joke. It now appears that I got it all wrong; it appears that Owelle means business.

I decided to issue this statement for information of the Nigeria Public at home and abroad and security agencies of this nation following the information received after Owelle’s last meeting with Imo State Traditional Rulers, during which he insolently stood Traditional Rulers from Mbaise area of Imo State up and sent a threat through them to me to the effect that if my client and I persisted in prosecuting this petition he would extract his ‘pound of flesh’ from us. With the reportage of this meeting by a national daily of high repute, the This Day Newspaper of 3rd July, 2015, it would amount to irresponsibility over my personal security, those of my clients and witnesses, and the future of my family and numerous dependants if I continued to treat the threat as a social joke. This is not a case of thirty ducats as in Shakespeare’s ‘Merchant of Venice’, but about human lives. 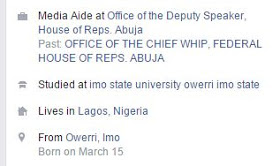 My being counsel in this Election Petition is consistent with my professional calling which I have practiced for forty-one (41) years (1974-2015) out of which 23 years have been as a Senior Advocate of Nigeria. Since he has just celebrated his 50th birthday, it means he was only nine when I started practicing law! I started appearing in Election Petition Tribunals in 1979. Owelle must be made to understand that he cannot stop me now, and that he is putting himself at risk with my God.

I am not issuing this statement out of fear because, as always, I refuse to be intimidated. But Owelle Rochas Okorocha who has mustered five (5) Senior Advocate in his defence should have the courage and maturity to allow them to do their job, and allow me to do mine.

I hereby call on the Security Agencies to whom I intend to make available copies of this statement to protect us as we commence the Tribunal proceedings on Monday 6th July, 2015. Prevention will always be better than cure. I do not, and will not ask for Tribunal relocation.

It may be necessary to note that as I was preparing this statement, news reached me that the bailiff attached to the Tribunal has been