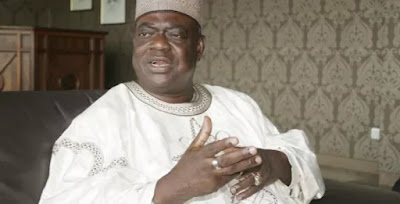 The immediate past governor of Niger state, Muazu Babaginda Aliyu is set to face the heat of the present government over alleged money pilfering.

Addressing news men, Ibrahim Dooba, the chief press secretary to Governor Abubakar Sani Bello, said yesterday, July 3, in Minna, that six vehicles allegedly taken away without due diligence of the law by the former governor and his wife Hajiya Jummai Babangida Aliyu, have been recovered at their Abuja home, Leadership reports.

The governor’s spokesperson said the vehicles were two Range Rover Jeeps, two saloons and a Mercedes Benz station wagon, as well as Hilux van recovered from one of his aides.

Hours after the retrieval, Governor Bello initiated what is regarded as a move to probe the former governor.
He set up two committees to look into Aliyu’s finances and infrastructural contracts entered into by him between 2007 and 2015.
Immediate past governor of Niger state,

Muazu Aliyu Babaginda
The governor set up the two committees at the council chamber of Government House yesterday in Minna, with the chairman of the APC, Engr Mohammed Jibrin Imam, chairing the infrastructural contracts committee and Alhaji Mohammed Nda, chairing the finance committee.
According to Governor Bello, the committee was to look into the infrastructure inherited, the viabilities and the inventory of all the liabilities by connecting with the relevant ministries, departments and agencies (MDAs).

He added that the committee will ascertainbthe financial assets and liabilities of the state and local governments as of May 29, 2015, by
verifying “all revenue accruing to the state and local governments from the federation account allocation committee (FAAC), VAT, NNPC, argumentation exchange rate devaluation, ecological fund, excess crude account, Sure-P, MDGs development partner grants and internally generated revenue (IGR) from 2007 to May
2015.”