A 16-year-old girl has died a tragic death after consciously withholding her bowel movements for two months.
Emily Titterington of the U.K. reportedly died of a heart attack after holding in her stool due to a phobia of toilets, which caused a compressed chest cavity and displaced organs, according to The Independent.
“If someone doesn’t go to the toilet, you have a whole pile of stool in your colon,” Dr. Gina Sam, director of Mount Sinai Gastrointestinal Motility Center tells PEOPLE. “If you then start straining, you do something called a valsalva maneuver where you have an increase in abdominal pressure in order to push the stool out.” 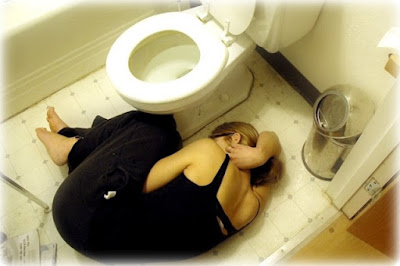 “However, in doing this mechanism, it can also have effects on your circulatory system and your circulation,” she continues. “This is probably what caused a heart rate decrease and can cause the heart to stop.”

Titterington had refused medical treatment for her constipation prior to her death, and collapsed in her home. When paramedics arrived, they were unable to revive her.

“I could see that her abdomen was grossly extended,” Lee Taylor, a paramedic who was called to the girl’s home the night of her death told The Independent. “Her lower ribs had been pushed out further than her pubic bone – I was shocked.”

“She’s not having a heart attack from constipation,” he tells PEOPLE. “If somebody’s that distended, they can have something where the vagus nerve slows the heart down, called the vasovagal effect, but there’s more than meets the eye here. She probably had some electrolyte abnormality, or a cardiac arrhythmia from something else.”