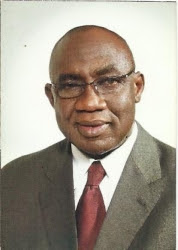 Having carefully dodged the issue of telling Nigerians and Imo people in particular what the problem is all about and the main reason for which they went to court because the “alleged excesses” of the Governor would not have made them to go to court, we therefore conclude that they were been hunted by their unfortunate actions and inactions during the 2015 elections. Infact, they are being battled by their consciences.
The truth is that the Governor, Owelle Okorocha or his government has neither suspended any of the forty traditional rulers nor queried any of them for any reason to warrant their going to court.

The traditional rulers in question are only been hunted by their miscalculation during the 2015 elections. And they have begun to run when no one is pursuing them. The Traditional Rulers allowed themselves to be deceived by the PDP and they went beyond their bound, and the fear of that costly mistake is now their palaver.

The debate remains that as we had PDP widows, so we had PDP traditional rulers. Even PDP Ugoezes and so on. Yet, the governor has never said or done anything to that effect to warrant any body going to court and for the court to give any restraining order.
What happened, which the traditional rulers didn’t want to tell the world is that the state Council of traditional rulers, led by HRM Eze Samuel Ohiri had suspended four traditional rulers from the Council and set up a panel to look into the conduct of fifty others over their gross involvement in politics and disobedience to a directive given by the Council during the election time.

The law under reference also gives the governor the authority to sack or dethrone or suspend any traditional ruler from his stool but he has never taken any of the actions against any of the traditional rulers who went to court. Let them prove us wrong with facts. The story is that, the government sacked the former Council chairman, Dr. Cletus Ilomuanya and also dethroned him as Eze. The Appeal Court gave him judgement on the chairmanship of the Council and the government went on appeal to the Supreme Court, which they do not like to talk about.

And the same Dr. Ilomuanya organized the Traditional Rulers in question to be involved in the political rally organized for the PDP Presidential candidate then, Dr. Goodluck Jonathan even against the directive of the leadership of the Council and the government that the traditional rulers should not honour the invitation of Dr. Ilomuanya because he had been removed as chairman. They also broke into the Council’s secretariat. The affront was irritating.

Even when the state government had written to the then President,
Dr. Jonathan through his chief of
staff that if he needed to meet with
the traditional rulers, that could be
done for him, than doing that
through someone the government
had removed as chairman, the
letter was acknowledged but was
not acted upon.
Against the backdrop of all these,
the Council suspended four of the
traditional rules and set up a panel
to look into the activities of about
fifty others. And the panel is still
sitting. And the government had
been reported widely in the media
to have disassociated itself from the
actions of the Council. So, how and
where did the governor come into
the matter to warrant being taken
to court and getting an order? That
is left for the Traditional Rulers to
establish. Let them publish all they
have, now that we have challenged
them including the court order they
claimed..