Despite stiff warning from Imo police command that the state is not breeding ground for cultists some hardened cultist are still adamant and even went as far as engaging the police in a daring shootout.

It was a bad sunday for 15 black axe cult members terrorising Egbu community in Owerri North Local Government Area of Imo State, as they engaged a police team in a shoot out, which left their leader “saka” dead with several others injured.
The gun battle which took place on Sunday at the Egbu Community Girls Secondary School, followed a tip-off when the notorious cult members came around on their usual terror-bouts in Egbu community.
The cult leader: Chimaobi Iheme (aka Saka), died in the process.

Briefing newsmen on the incident yesterday at the command headquarters, Owerri, Deputy Commissioner of Police, DCP Dave Akinremi, disclosed that operatives of the command met stiff resistance from the cultists, but were later overpowered by the police. He said two of the cultists received gunshot wounds and were arrested, while others escaped.
“One Chimaobi Iheme (aka Saka), died while receiving treatment. The DCP, who represented Police Commissioner, Austin Evbakhavbokun, gave names of other suspects arrested as Opara Chinwekene, 25, and Amarikwa Tochukwu Franklyn, 24, both of Mpama village, Egbu, in Owerri North LGA of the state.

Items recovered from the cultists, he said, included three locally made pistols, seven live cartridges, four expended cartridges, two cutlasses, one hand cult axe, six GSM phones, one Keke Napep and one motorcycle. According to him, the suspects have made useful statements that “they are members of a cult known as NEO Black Movement (aka Black Axe).

While soliciting for the support of the members of the public in the fight against criminality in the state, he warned parents to warn their children and wards to desist from criminal activities, adding that any person involved in cultism is equally an armed robber. 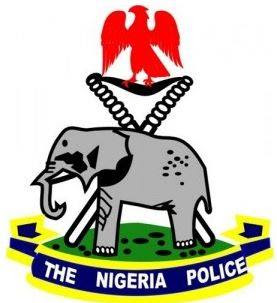