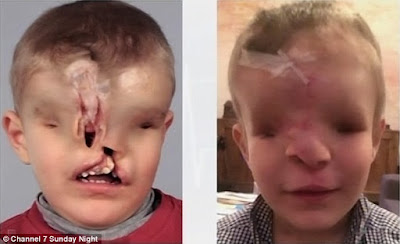 A toddler who was born with no eyes, a hole in the middle of his face where his nose should be and no upper jaw has undergone reconstructive surgery and unveiled his new face.

The Moroccan-born toddler, who lived in a small village six hours from Casablanca before he was flown to Australia for surgery, was born deformed after complications in the womb stopped the bones in his face from fusing together. 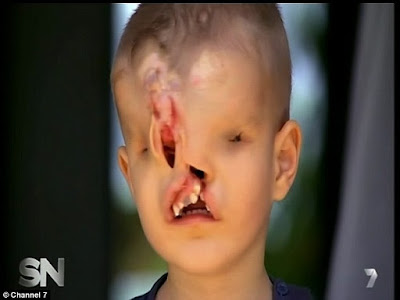 Now, after undergoing an 18-hour life-changing operation, the miracle child has been given the chance to live a normal life thanks to Melbourne doctors who remodeled the bones on his face.
Despite his incredibly rare condition Yahya defied all odds by surviving in the womb and managed to grow into a happy and healthy toddler. 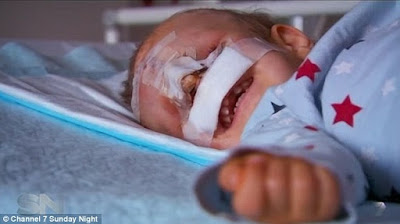 However he was a social outcast in his hometown and his parents kept him hidden away, believing his appearance was too confronting for some.

They covered their son up when he left the house and due to the lack of roofing on his mouth he was unable to speak and could only communicate through grunting noises. 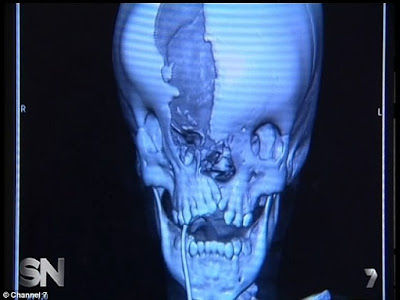 Am sorry if the images are disturbing.

4 Replies to “Holy Holy!!! You wouldn't believe the total makeover boy born without eye and nose got (disturbing images)”