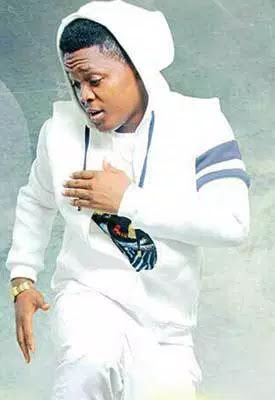 Upcoming music act, LT whose real name is Olowu Taiwo has made direct accusations at rapper Olamide, claiming he stole the now viral ‘Shakiti Bobo’ dance moves from him.

The musician during a recent interview with HIP TV said,
“After I did my video, a friend of mine told me the dance I did in the video (Yobo dance) was trending on Instagram by Olamide.
And my friend told me he had already told someone who is in Olamide’s crew about the dance. I released the audio version of my own song on 22nd April, 2015, and Olamide released his own song on 2nd May.

During that time, I was working on my viral video which I released on 6th May. It wasn’t up to 24 hours after that, I saw ‘ Shakiti Bobo.’
I was like, what’s going on; why is this happening at this particular time. I’m not here to point fingers that someone stole my dance moves, but I feel it’s not cool for you to do something that you knew about from someone else, and pick it up as your own.”

Afterwards, attempts were made to confirm this assertions and a call was put through to Olamide’s manager, Alex but he hung up the phone. Other attempts to reach out to him and Olamide’s camp proved abortive.

Could it be true?we just dey watch

5 Replies to “Gobe!!! Someone is already claiming olamide stole "Shakiti bobo" dance from him”