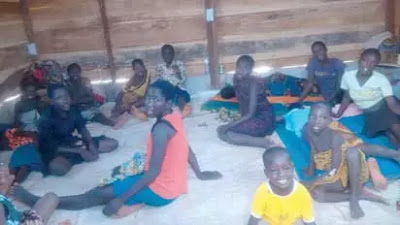 Children in the rehabilitation camp

It may be difficult to feel the pains of these over 1,300 victims of the Boko Haram insurgency in the North East, until you visit the children where they are camped in Uhogua community, in Ovia North East Local Government Area of Edo State. The camp is situated on a large expanse of land acquired by the President of the International Christian Center for Missions, Pastor Solomon Folorunsho, in 2005, with a view to rendering assistance to less privileged children in the area, but unknown to him, a Herculean task was ahead of him. The camp resembles a monastery where you see missionaries who left their families to dedicate their lives to the service of humanity. A 28- year-old German lady, who identified herself as Linda Shoes, works in the camp. Sunday Vanguard saw her at the kitchen assisting the natives to cook for the children.
The German, who disclosed she has been in this camp since 2005, said she left Germany to help humanity in Nigeria. She said, “I am working with the children in need here especially from the North East. So many of them have seen their own parents killed, their families slaughtered. For three weeks they were hiding in the mountains, no food, no water, they ate stones and sand to survive. So many of them, when they came here, the clothes they wore were the same clothes they fled with the day Boko Haram came. No pants, nothing on their feet. Some even came here naked. I am here because this is my calling, that is God’s plans for me. The camp is wonderful. I am happy that we are able to assist these children, about 900 of them from the North East and we have about 1,300 in total. They are orphans, children that have no body to care for them. I am happy God is using people like us toassist them”.

*Improvised school staff room in the camp
Due to lack of funds to build big and modern halls, you have wooden houses and many uncompleted buildings, where the displaced children are housed. There is a section where chicken pox victims are quarantined, they only move to where others are housed when they are certified okay by volunteer doctors and nurses who routinely come from the University of Benin Teaching Hospital (UBTH), Faith Medical Complex and the Catholic Church in Benin. But notwithstanding the obvious poverty in this camp, Pastor Folorunsho tried to build sports facilities for the children in primary and secondary schools. The facilities are made of wood. The teachers and head mistress of the primary school (Chistlike School), Mrs V.I.Uche, have no office. They operate under the trees which is properly swept so as to make the place as conducive as it can. Anytime it rains, Mrs Uche and the teachers run into the classrooms for cover.
Sunday Vanguard saw 10-year-old Esther Habila weeping ceaselessly and tried to inquire about the problem with the little girl. One of the missionaries explained, “She spent one month, two weeks with Boko Haram in Gwoza, Borno State. She escaped with some people and they trekked to Cameroun for four days, and then to Yola. Her parents were butchered in her presence, so the trauma has been there. She hardly talks, just cries and screams. We are doing everything possible to help her”. 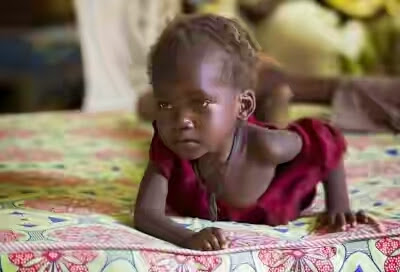 Over 80 of the children are squeezed into one classroom. But the irony of it all is that they learn with joy and pray to God to bring helpers to them in the camp. Majority of the kids are either orphans or have lost contact with their parents as a result of the Boko Haram insurgency in the North East. Pastor Evelyn Omigie, one of the missionaries at the camp, who took Sunday Vanguard round, told of the challenges they face in taking care of the children. She said: “When these children were brought here from the North East, they came with different sicknesses; many had been feeding on grass, muddy water, their urine. Because of this, we took them to UBTH when they came. So the UBTH decided to bring their mobile clinic here under their community health department and they actually took care of them there.

Sunday Vanguard spoke to some of the survivors.
Tani Philemon’s husband was killed by Boko Haram before she trekked to Cameroun with her three children for three days. 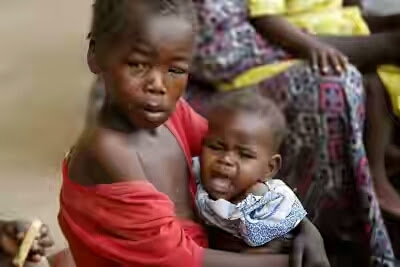 “We were in the village that day when Boko Haram fighters came to attack us. They pursued us to the mountains and carried our food stuff, animals. But after some days, they attacked the mountains. They surrounded the mountains and shot tear gas. People started coughing and coming out from their hiding places. That was how they started picking people one by one and slaughtering them. It was in that process that they killed my husband. For three days, I was looking for my husband, searching for him in the mountains. I later found his corpse and I used sand to cover his body a bit. Some days later, the Boko Haram fighters came back and told us not to run or they will kill us. I was there with my children. That night we started a night vigil, praying and the way God works, they slept off that night and I quietly escaped with my three children. We trekked to
Cameroun for three days; no food, no water. Luckily, government sent a bus to take us alongside other Boko Haram survivors from Cameroun to Adamawa State. That is how we moved to Adamawa and, from there, one pastor brought us to this place.
Butrus is 14-years-old while Bode, his little friend, is eight years. Bode’s parents were killed by insurgents in his presence, but Butrus escaped with him in the heat of the fight. Butrus narrates their ordeal.
“When Boko Haram fighters came to attack our village, everybody started running. But I remembered that this boy (Bode) was inside the house and his parents had been killed. I came back for him. I took a tray and threw it in another direction, so the sound confused the Boko Haram people and they started shooting in the direction where I threw the tray. That was how I took this boy and escaped. I threw him over a fence but while I was trying to jump the fence they caught up with me and injured my leg, but I was lucky to escape. We trekked a long distance and entered one house. I pleaded with the woman we met there to help us so that we could sleep. She agreed but said she could not afford to give us food and water. She helped me to tie where I had cut. We left the house in the morning and started trekking to nowhere. So we saw somebody in a vehicle who asked us why was I bleeding. I told him that it was Boko Haram that wounded me that we were running. He carried us in his bus. It was in Michika that I was treated in an hospital. I took this boy along because he had no body alive to take care of him”. 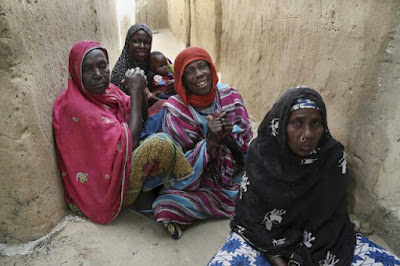