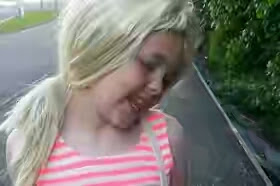 the courage to step outside as ‘Ellie-Jo’ for the first time. Joseph Hughes, pictured above, is now hoping to return to school as a girl in September after finally walking outside dressed as a girl with his proud family by his side.

According to MirrorUK, Joseph has loved wearing dresses for years and this year asked for a wig for his birthday – but until now has only felt safe to wear female clothing in his own home.

His mum said Joseph has wanted to be a girl since the age of two. Instead of toy soldiers and trains, he asks for princesses and dolls for Christmas and birthdays.

She said:
“When Joseph puts on dresses, he seems much more content and happy in himself, his attitude changes completely. Almost his entire life, he’s enjoyed dressing up as a girl – I have five other children who have all played dressing up – but with Joseph, it was different, more natural somehow.”
Flicking through photographs over the last seven years, Joseph’s love for all things “girlie” is clear.
In some of the earlier images, the youngster can quite easily pass for a girl with an angelic face and pretty long blonde curls.

On his fourth birthday, Joseph wears a Cinderella dress and tiara as he blows out the candles on his pink princess castle cake. 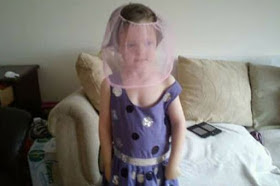 Another picture taken at the age of eight shows him painting his toenails.
“I can’t remember the exact day when it all started but it was very early on,” admitted Sam. As Joseph’s personality formed, he developed an interest in wearing princess dresses.”
With plans to grow his hair long, Joseph loves “anything girlie” and is an avid fan of the Barbie films, princesses and ballerinas. He sometimes sleeps with girls sheets and duvet covers on his bed and prefers to wear knickers instead of underpants. 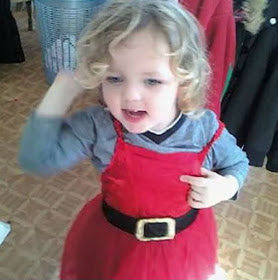 Joseph’s mother, Sam took him to see specialists at CAMHS (Child and Adult Mental Health Services) and after a few appointments, he was referred to a children’s clinic in Rhuddlan, north Wales. She said:
“The doctor saw him twice and said there was nothing more they can do until Joseph’s 11, when his hormones start to kick in. Since then, we’ve just been left to get on with it really.
To me it’s clear that he has gender dysphoria but I wanted to give Joseph time to think for himself and do what comes naturally to him.”
Afterwards, Sam agreed to show Joseph’s story so he can act as an inspiration for others. She bravely took to Facebook to share her son’s pictures, along with a post that read: “As some of you may know, Joseph wants to be a girl.”

Joseph is settling in to his new school well but has asked his mum if he can start the new September term as a girl called Ellie-Jo.
“I’ve been in touch with the school and we are having a meeting to discuss this possibility. The headteacher said there is another school in the vicinity that has allowed a child to transition their gender so it’s likely that they might allow Joseph to do it too.” 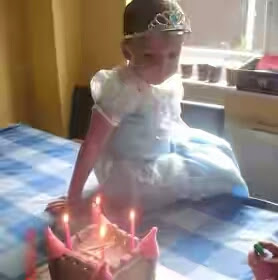 One Reply to “The madness is real: Meet 9 year old transgender kid”