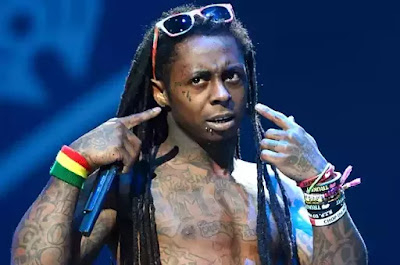 Wayne; who has not held back in expressing his displeasure with Cash Money “Birdman” Williams. He took to Twitter to blame them for the delay of his anticipated album, The Carter V, which was originally scheduled for release in 2014.

He said point-blank that:
“I want off this label and nothing to do with these people but unfortunately it ain’t that easy,” he said. “I am a prisoner and so is my creativity.”…Then on Saturday,
Lil Wayne dropped a bombshell that left fans simultaneously celebrating and speculating over what it could mean.

“I just signed a deal with my motherf–king idol, Jay Z,” said the rapper, whose real name is Dwayne Carter, as he took the stage at KMEL Summer Jam.
The crowd erupted in cheers and rumors started spreading through the internet: Did this mean Lil Wayne was signing with Jay Z’s Roc Nation label amid a long-running beef with his current label, Cash Money Records?

Not so, Lil Wayne’s manager told Billboard. Lil Wayne was referring to his involvement with Tidal, Jay Z’s music subscription service, Cortez Bryant said. Lil Wayne joined Tidal as a co-owner this month, according to Forbes, and dropped an exclusive new track “Glory” to celebrate.

It’s not exactly the collaboration some fans might have been hoping for. But Lil Wayne teaming up with Jay Z in any capacity is a big deal for a number of reasons.

For one, they’re the two of the biggest names in hip-hop, responsible for dozens of Grammys and #1 hits between them. And, there’s no shortage of mutual adoration — despite that time Wayne once sang of kidnapping Beyonce. Lil Wayne told PEOPLE that Jay Z’s “Lucky Me” is his favorite song of all time, so much so that he has “Lucky Me” tattooed on his neck and a verse of that song tattooed on his leg…Download the video of the statement as you continue

Jay Z has long had his eye on Lil Wayne. The rapper said Cash Money co-founder and CEO Bryan “Birdman” Williams made efforts to sign Weezy to Roc-A-Fella years ago after Jay Z expressed interest in him.

“I felt it was only right to call him. I called him out of respect like, ‘Yo, I was talking to Wayne. Just to let you know,” Jay Z told Power 105.1 radio’s The Breakfast Club show.

He said he received a letter from Birdman’s lawyer alleging interference “and it all just went from there,” he said at the time. “I would rather lose that situation and do the right thing than the opposite. Cause I think I could have signed him. I could have signed him and then told him after. I did the right thing and I’m cool with that decision.”

And, let’s not forget Lil Wayne is technically signed to Cash Money Records, which has been his home since his 1993 recording, True Stories. But the relationship has soured in recent years, culminating in a $51 million lawsuit against the label in January over Carter’s contract and the delayed release of The Carter V. 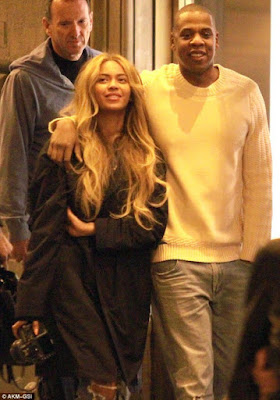