Heavily armed ISIS terrorists forced thousands of Syrian refugees to abandon their escape to freedom at gunpoint
The men, women and children carried everything they could as they shuffled up to the Tal Abyad border crossing 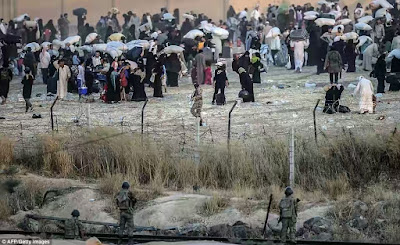 Here Turkish troops can be seen looking helplessly from the border as ISIS terrorists order civilians back to the town . 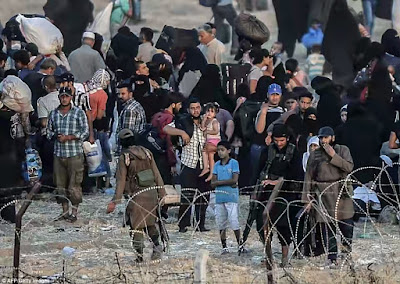 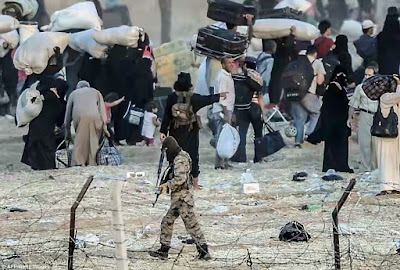 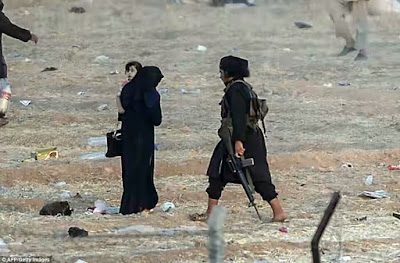 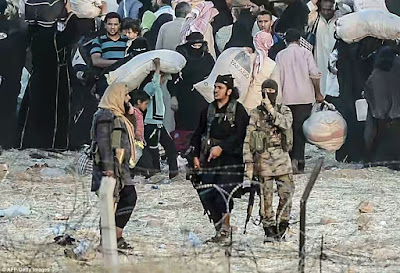 A fight is imminent between ISIS and Kurdish YPG group who seem to be against ISIS atrocities.