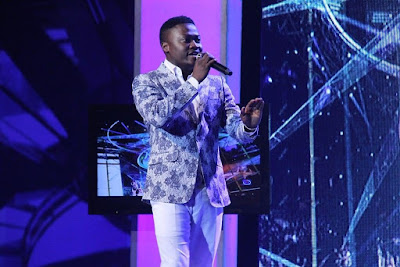 Nigerian Idol has come to an end with K-Peace as the winner of the Nigerian Idol, Season 5 edition.

The last two standing, Dolu and K-Peace slugged it out after Nex2 was sent after failing to get enough votes to keep him in the competition.

With an initial number of 31 contestants, the judges and viewers who had the authority to remove and keep an idol of their choice trimmed the number to two, leaving the timid Dolu and fuji-riddled K-Peace. 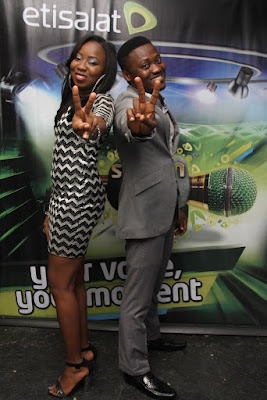 Dolu and K-Peace: Just the two of us

With just a week to go in the Finale of the competition,the duo dazzled after singing three songs each.

The judges, Dede Mabiaku, Yinka Davies and Dare Art Alade were clearly dazed as they could not have enough of the duo.

Big boned Preye and Nex2 were also given one final chance to thrill the audience and viewers alike with Omawunmi’s “if you ask me” and Tu Face’s “Iheneme” respectively.

African-international act and guest artiste for the night, Asa was not left out as she thrilled with one of her emotion appealing songs.

While the moment of truth followed, the host, Illrymz called the three finalists, Nex2, Dolu and K-Peace to the stage while K-Peace was finally announced the winner of the Nigerian Idol Season 5 edition.

K-Peace took home the cash prize of N7.5 million, a brand new car and a recording deal with Universal Music Company worth N7.5 million. While The first runner up, Dolu got N1.5 million cash reward, a Salon car and some other high end devices. Nex2, the second runner up walked home with a million naira.