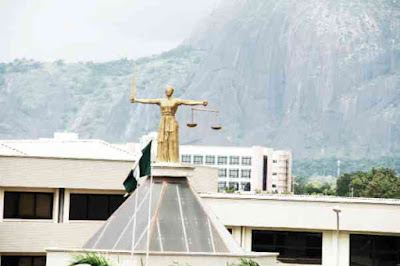 An Igando Customary Court in Lagos on Tuesday dissolved a nine-year-old marriage over husband’s poor sexual performance.
The President of the court, Mr Hakeem Oyekan, said he was convinced that the couple could no longer live together as the wife had insisted on divorce after several interventions.
The petitioner, Mrs Ifeanyi Samuel, 33, a businesswoman, had instituted a suit seeking the dissolution of her marriage to Moses, on grounds of unsatisfactory sexual performance.
Oyekan said:“The court has no choice than to dissolve the union in spite of the fact that the husband still claims he loves his wife.
“The couple can no longer stay together because the marriage has broken down totally.
“The parties are no longer husband and wife; they are free to go their separate ways.”
Ifeanyi told the court that her husband had demonstrated lack of capacity to satisfy her sexually in the last nine years.
“My husband cannot perform well, he is not doing his `job’ at all and it makes me sad.
“My husband does not satisfy me, he does not last a minute on bed,” she said.
The petitioner said that she forced her husband to go to the hospital to confirm what was wrong with him and it was discovered that he had low sperm count.
“My husband has low sperm count. I bought the drugs prescribed by the doctor for him, but he refused to use them.
“His refusal to take the drugs had resulted in fighting because I need a child. We have been married for nine years without any issue,’’ she said.
According to her, her husband was always on the road for months, leaving her lonely at home.
Ifeanyi asked the court to dissolve the marriage, saying that she could no longer cope as her love for him had faded.
However, the respondent, Samuel, 40, a businessman, accepted that he had low sperm count and that he believed God for a miracle.
“I am trying my best to satisfy my wife and I am also trusting God for a miracle.”
He accused her estranged wife of having extra-marital affairs, saying that men always called her at odd hours.
“My wife has been committing adultery, there was a day I saw a text message she sent to her lover.
“I showed her the text, but instead of her to apologise, she warned me not to touch her phone again.
“My wife goes out without telling me and comes back at 11.00 p.m. and whenever I query her, she would tell me she owns her life.’’ (NAN)

3 Replies to “Read why this woman is divorcing her husband, is it enough reason?”