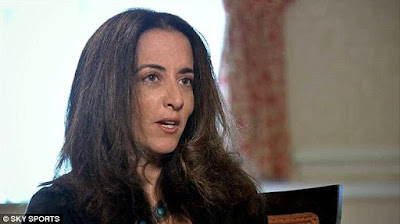 Qatar will be stripped of the 2022 World Cup, according to Phaedra Almajid; a former senior figure in their bid team, who snitched on them to expose deep-seated corruption.
She said that the weight of evidence of wrongdoing from her and others will be so overwhelming that FIFA will be left with no option but to find another host.

Almajid has been under protective
custody of the FBI and she fears her
safety will be compromised further if the 2022 tournament is taken away from
Qatar.

While hoping justice is done, Almajid
admits that the prospect ‘scares me a lot’ because some ‘extremists’ may feel she played a role in that happening.
She said: ‘There are people who are
p* off with me [for speaking out],
and what really p* them off is that I’m a female, Muslim snitch.’
Another consequence of recent events,
Almajid believes, is that outgoing FIFA
president Sepp Blatter may try to take
2022 from Qatar as part of a radical
reform agenda designed to win him
praise ‘and save his skin.’
Speaking for the first time since Blatter
announced he wants a new election to
pick his successor Almajid said: ‘I just don’t think Blatter actually intends to quit.
Everything he does is very
calculated. He’ll try very hard to save
himself, I’m sure of it.’
Almajid, an Arab-American now based in the US, worked for Qatar’s 2022 bid team until early 2010. 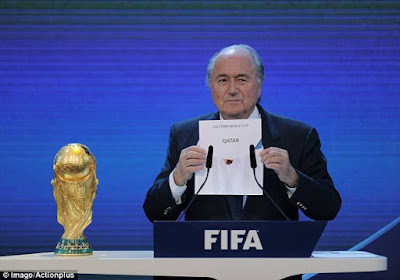 It was alleged that in a new shocking revelation Qatar gave out bribe of $17.7billion in different kinds to top FIFA officials to win the bid to host 2022 world cup.