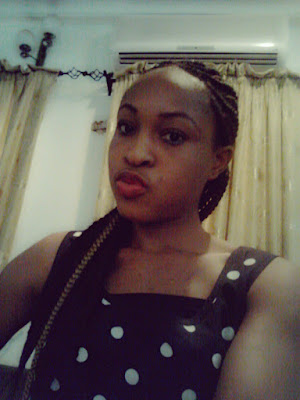 1. Treating A Stranger Harshly
The people you now confide in were once strangers, so why being unnecessarily harsh ?. Many young ladies have lost great opportunities and their future husbands just because he couldn’t answer the question “How did you get my phone number/ PIN?”. The moment you are unable to answer the question, they quickly locate delete option and do the needful

3. They Publicly Announce They Have Been Taken
Ladies who say this are dumb in my personal opinion. I have seen the case of a guy who quoted a lady and asked if he could send her pm. The lady made an outwright announcement saying she doesn’t reply pms because she’s only here to catch fun and not for boyfriend and girlfriend game. Little do they know that that dude you put your hope on might just be a play boy while that dude sending avalanche of pms might be sent from heaven. This is how many of them lose great opportunities. Who even knows if Ishilove will end up getting married to KingTom despite the war between them? Only God knows

4. S.U Mentality
They are so heavenly conscious that their level of strict is more than that of Aso Rock. Saying hello to them is as if you are a demon. Before you say “Sister”, they look at you as if are a candidate of hell. They are mostly found in churches attending church service regularly when age is no longer their side

5. I Can’t Date A Short Guy
We all have our choices and taste, but one needs to be very careful in order not to choose wrongly. However, it’s very evident that many ladies are so strict to short dudes (except they are financially endowed ), screening them mercilessly just like Gulder Ultimate Search Audition. They forsake the short kind hearted dudes for the tall ones who are only to chop and clean mouth. Who knows if Orijin101 will make a better husband than Tallesty1 ?

6. I Cannot Date A Broke Guy
Ladies who publicly make this statement are still being breastfed in my own opinion because a matured woman will never utter such even if she will not like to date a broke dude. As a matter of fact, every reasonable lady seek financial security/balance before going into a relationship but that doesn’t mean one should use it to make other dudes feel less of themselves. When God’s sent broke dude hears you utter such statement, low self esteem overwhelms him, and he loses interest quickly

7. Quick Judgement
A guy approaches a lady for the first time. She hasn’t even heard a word from the guy, without thinking twice, she rushed to judgement saying not interested in dating him. Haba !!!

8. She Can’t Do Course
I have once overhead a lady who swore with her life that she can never do home chores for her fiance cos she’s a girlfriend and not a maid. This is how many loose the future husband

9. I Don’t Take Rubbish Attitude They flare up at any slight provocation cos they don’t want to take poo from nobody. They bash boys as if they will never get married
10: what do you think should be the last one?

One Reply to “10 characters ladies display that chases their future husband away.”