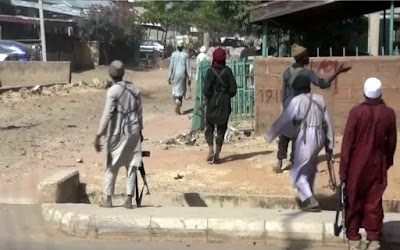 Governor Kashim Shettima of Borno state, has promised that his new administration will grant amnesty to members of the Boko Haram sect, who are ready to de-radicalise.

Making this known at his inauguration ceremony for another term in office on Friday, May 29, the governor said it had become imperative that willing members of the Boko Haram sect ready to surrender be given amnesty.

According to Premium Times, Shettima said those who want to come out of the bush must be given the opportunity to be de-radicalised and rehabilitated so as to discontinue the endless destruction of lives and property in state.

He lamented that the Goodluck Jonathan administration did too little to counter the Boko Haram threats because of a misplaced notion that the terrorist group was a creation of the political and other elites in the North to ruin his administration.

“They therefore (Jonathan) did only the barest and most perfunctory, to stem the problem. Meanwhile, our people suffered and our communities were systematically laid to waste,” he said.

He regretted that many Borno residents were squatting at various camps of internally displaced persons at the time he was being sworn-in.

The governor promised that his administration would make it a primary goal to rebuild several destroyed communities in the state, adding that the new regime of Muhammadu Buhari afforded the people of the state an opportunity to air their problems before a listening president.

He explained that granting amnesty to a group of people who had engaged in destruction of lives and property was not an easy choice, he, however, emphasised that it was necessary for lasting peace to prevail.

He also appealed to the federal government of Nigeria and the international community to consider the option of amnesty for Boko Haram.

Boko Haram, which translates to‘western education is a sin’ has been waging a six years war against the federal government of Nigeria. Thousands of Nigerians have lost their lives due to the sects activities mostly in the Northeastern part of the country 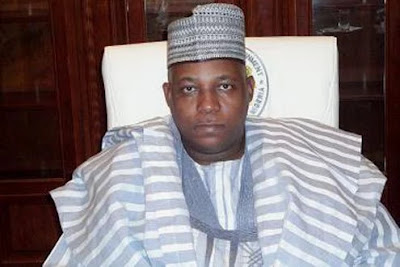 3 Replies to “Bokoharam to get amnesty if they surrender”