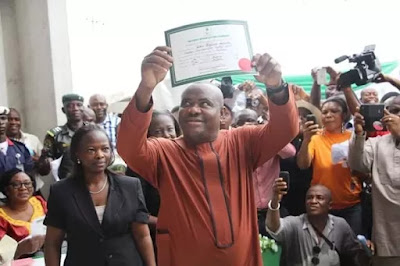 Besides that, Wike also ordered that all the state owned courts, that suspened work, should be opened again immediately.

Earlier Nyesom Wike has stated that he will probe the administration of Rotimi Amaechi after being sworn in as the chief executive of the state.