Friday, Mr. Jonathan would begin his journey back home from the seat of power in Abuja.
At the Government House Helipad in Yenagoa, Mr. Jonathan would be received by Seriake Dickson, the Bayelsa State governor, and other top government officials, according to Dan Kikile, the state’s Commissioner for Information.

The former president, as he would then be known, would be hosted to a civic reception at the Gabriel Okara Cultural Centre, before proceeding to his hometown in Otuoke where he would be received by chiefs and his kinsmen.
“The state government wants to use the occasion to showcase the affection of Bayelsa people to Jonathan and thank God for successfully completing his tenure in office,” Mr. Kikile said.
At the Dame Patience Jonathan Square in Otuoke, a gathering centre for the community, rows of plastic seats arranged in a U-shape overlooks an open field that measures 35 by 25 feet.
A handful of young men, in paint-smeared overalls, add fresh coats of paint on rails and beams while the women sweep the dusty floors.
Outside the square, some youth unload giant loudspeakers and other musical equipment from a delivery truck. 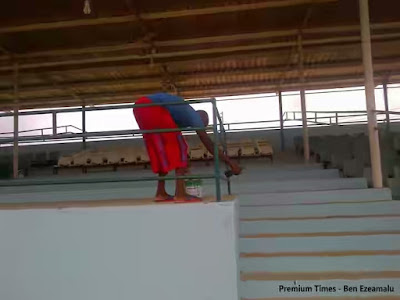 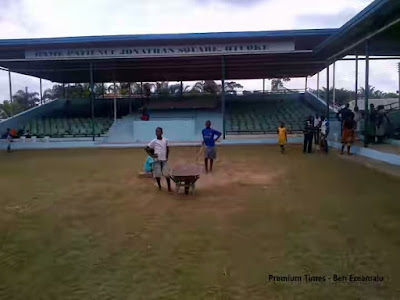 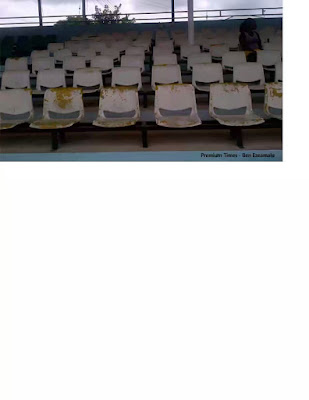 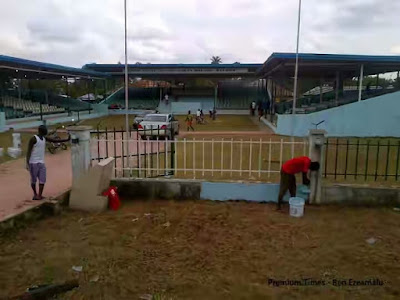